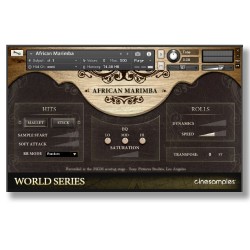 (3)
€ 39,-
$ 39.00
£ 34.99
hear
see
Update Required To play the media you will need to either update your browser to a recent version or update your Flash plugin.
Related products
Ratings
Requirements

A collection of sampled African Instruments

The African Marimba and Udu is a collection of sampled African instruments recorded at the world famous MGM Scoring Stage at Sony Pictures Studios in Los Angeles. 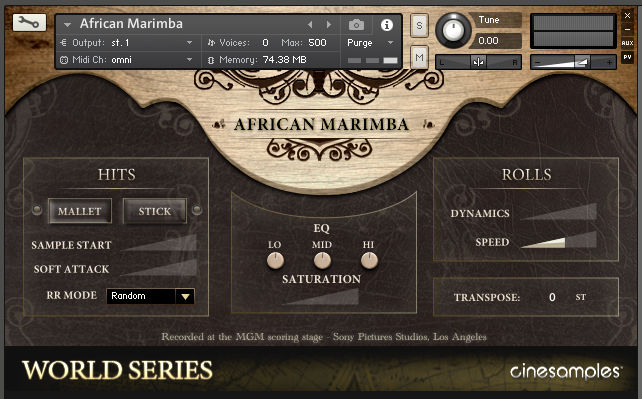 The African Marimba contains mallet and stick hits recorded at varying dynamics with up to 5 round robins. This instrument features a new SOFT ATTACK slider that softens the onset of each note. The African Marimba also features a roll generator similar to that in the Dulcimer and Zither library. When the mod wheel is set to a value higher than 0, the patch plays a roll with dynamics controlled by the modwheel. This can be combined with the SOFT ATTACK feature to create interesting textures and pads. 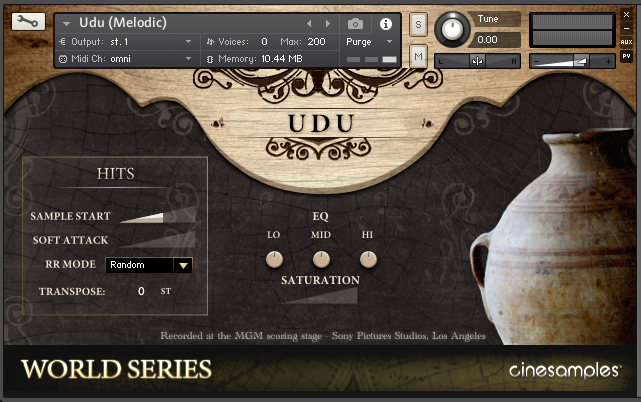 The Udu is a unique clay pot also recorded at the MGM Scoring Stage.  It includes a SOFT ATTACK feature which softens the onset of each hit. The SAMPLE START slider changes the rhythmic feel of the instrument. With the slider all the way down, it has a looser feel and a more realistic sound because it includes a bit of "air" before the transient. With the slider about halfway up it has a tighter feel - better for live performance. With the slider all the way up, the instrument has an almost ambient sound, as the samples are starting slightly after the recorded hit.