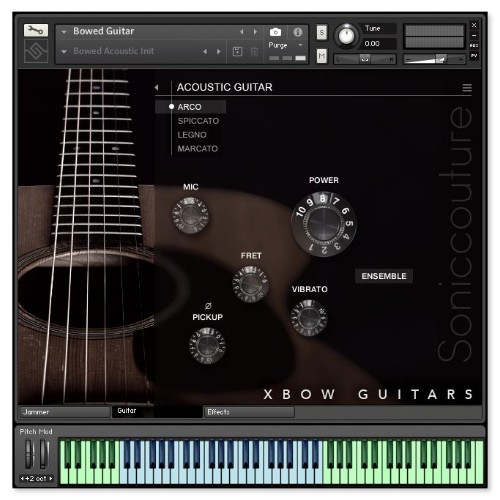 Guitars Are The New Strings!

Over the last few years, experiments with bowing techniques have resulted in a huge range of new timbres and textures from guitars. So Soniccouture has taken the original ebow recordings and built a completely new set of instruments around them, adding over 12GB of new samples in the process: Cello bows, vibrators & Gizmotron all featured in the set of four new instruments for Kontakt Player & NKS Kontrol.

A continuation of the acclaimed eBow Guitar instrument, Xbow Guitars showcases Soniccouture´s further experiments with unconventional ways of playing guitars. The result is a suite of unique yet organic virtual instruments.

This is a Kontakt Player instrument. This means that you do not need to own the full version of NI Kontakt to use it.