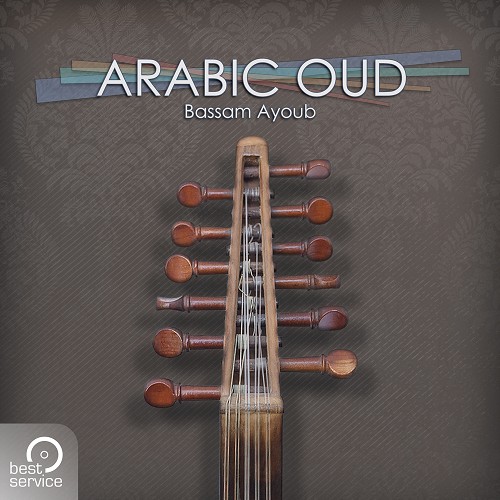 (3)
€ 129,-
$ 129.00
£ 115.00
hear
see
play
Update Required To play the media you will need to either update your browser to a recent version or update your Flash plugin.
Related products
More Info
Ratings
Requirements

Arabic Oud - "The Queen of Instruments"

Awaken the Sound of the Arabian Nights

The Arabic Oud Library was created in close collaboration with the renowned musician and Oud virtuoso Bassam Ayoub. Bassam Ayoub performed and recorded all playing variations with the main emphasis on achieving an authentic sound, both for melodic playing and rhythmic accompaniment.

The Arabic Oud offers breathtaking 39 articulations with velocity layers and up to 8 Round Robins and brings one of the oldest string instruments to life right under your fingertips. The versatile sound spectrum, which extends over a total of 3 recorded instruments, can enrich any kind of music and the integrated microtunings are very appealing to professional Maqam performers! Because of its wide range of playing styles, the Arabic Oud is ideal for both studio and live performances. 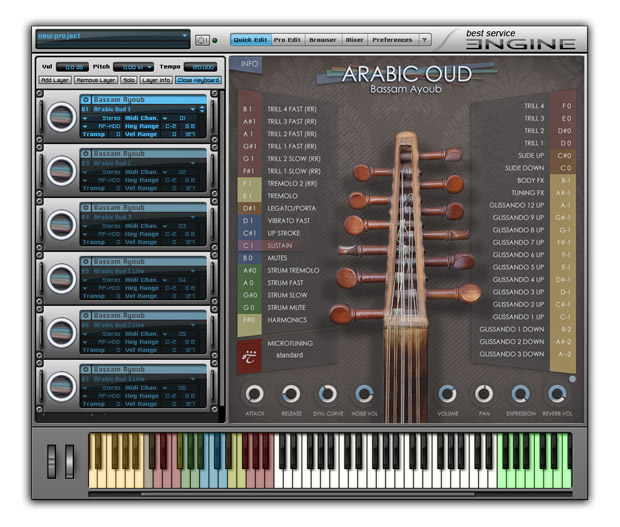 The Arabic Oud user interface gives you access to the most important and commonly used microtunings of oriental music: Bayati, Rast, Saba and Seka. Each tuning offers two variants (Normal and Syriac Church) as well as free choice of the root key.

The green Midi Song Keys above the playing area provide short Midi sequences which showcase the numerous playing possibilities of the Arabic Oud. (See the Info tab for more information about the correct speed and tuning for each midi performance)

Each of the three instruments of the Arabic Oud is also available as Lite version. These patches contain the very essential articulations to perform the Oud realistically in a live environment.

Syrian-born Bassam Ayoub, musician and singer, has toured with various bands across many Arabic countries and Europe. He has worked with countless artists, as well as with renowned oriental keyboard and expander manufacturers such as Korg, Farfisa and Limex. Arabic Oud is the result of his extensive experience in sampling oriental instruments bringing playability and realism to the next level with Engine 2.