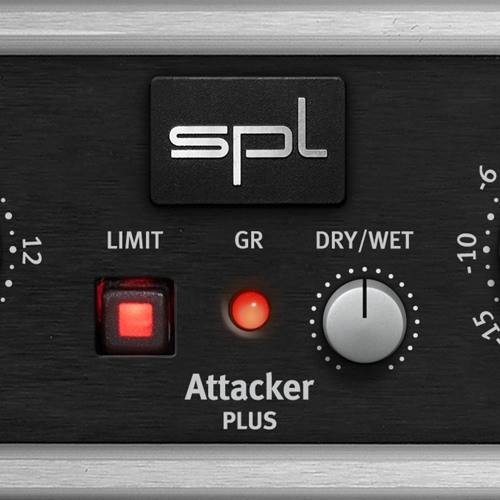 Traditionally, EQ has been used to separate instruments in a mix. By focusing on the initial transient instead of specific frequencies, the SPL Attacker amplifies just the attack curves of a sound event. This allows instruments to be mixed at lower levels, which opens up space in the mix while the relationship between tracks is preserved.

Emphasize the attack of a kick drum or a loop to increase the power and presence in the mix. Adjust the apparent “distance” of the microphone by simply varying the ATTACK values. Increase the attack of guitar sounds for that in-your-face tone.