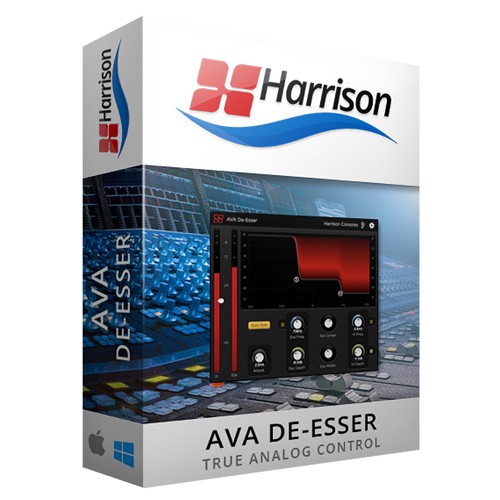 The AVA De-Esser is the latest implementation of Harrison’s renowned De-Esser algorithm, used in ultra high-end post & film facilities worldwide. Now in the fourth generation, the Harrison De-Esser algorithm has been continuously tweaked by customers in high-end studios around the world.

Harrison’s reputation for "True Analog In-The-Box" sound is due to the unique development heritage, where they first created an analog console processor and then converted the processor to digital while retaining the sound and character of the original analog system.

The AVA De-Esser implements Harrison’s 4th-generation de-esser algorithm that is tuned to detect and eliminate harsh sibilance in real-time. 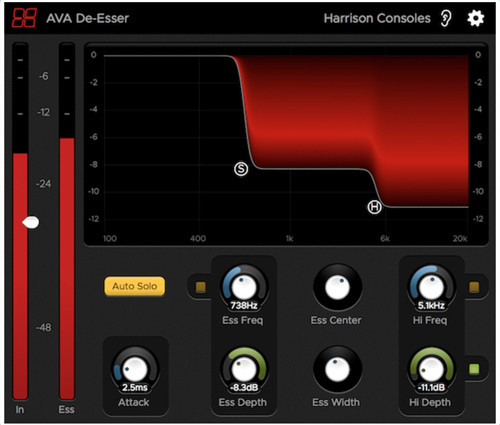