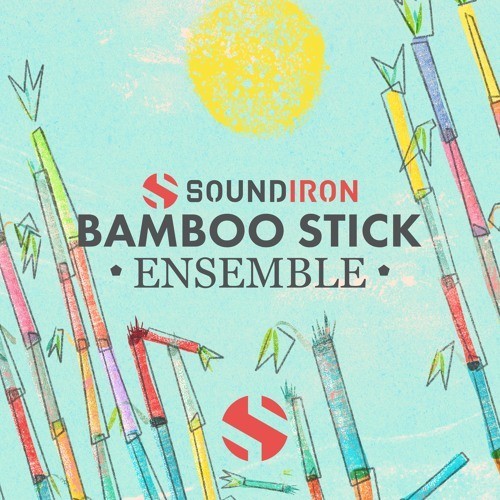 Bamboo Stick Ensemble is a classic scoring percussion library for Kontakt, which captures the tight, powerful clack of long, heavy raw bamboo poles, played more as a weapon than as an instrument. Soundiron struck, clashed, bent, dragged, scraped, shattered, and pounded them into splinters, with solo and ensemble articulations. Beyond just pure epic war percussion, the Bamboo Stick ensemble features haunting drones, screeches, roars and nightmarish horn-like wails that we produced by brutally grinding the resonant bamboo against stone.

The Bamboo Stick Ensemble has been featured in a number of major motion picture soundtracks such as Avatar and Tron Legacy. It serves as a powerful display of just how far you can take a simple non-traditional object like a bamboo pole. To get just the right mix of power and edge, we took a number of high quality 8-foot x 2-inch diameter bamboo poles and sampled them meticulously in their natural state, as mighty epic percussion instruments. When striking and scraping a stone floor with them, the result is an interesting blend of aggressive slaps, clacks, screeches, drones and even howls. We recorded this library in a favorite lush tile and stone recording hall, with the specific goal of achieving the most massive and powerful epic percussion hall sound we could get. True epic percussion can only be done in a natural hall. It simply can't be faked. 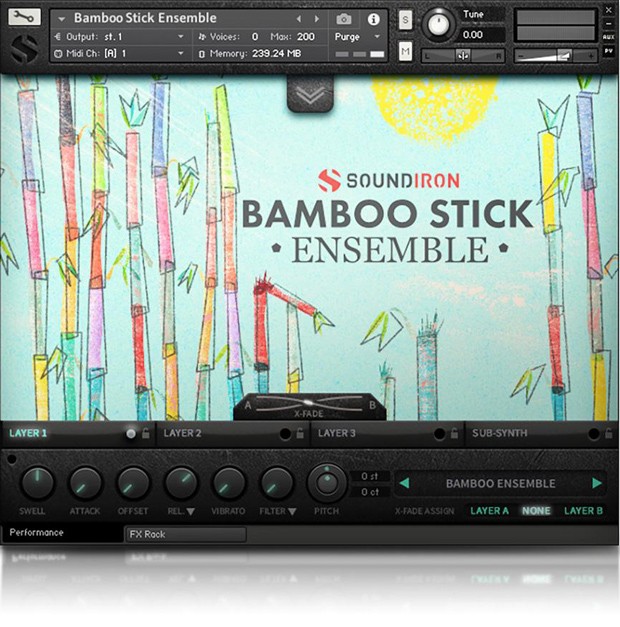 The Kontakt interface includes a suite of automation-ready sound-shaping controls to give you total creative flexibility. You have control over swell, attack, release, offset, vibrato, filter, pitch (coarse & fine), articulation switching, cross-fading and layering, and so much more. We've also included 22 unique sound-designed custom FX presets to give you lots of creative options.

This library comes with an adaptable LFO system, with selectable LFO shape, modulation target parameter, speed, intensity, tempo-syncing and fade-in time. You can also apply your choice of 12 lowpass, high-pass and FX filters, with assignable modulation targets such as velocity, modwheel, expression, after-touch, key position and step-sequencer table control. Our customizable arpeggiator offers a velocity table and control over arp direction, timing, swing, randomization and duration. We’ve included a key and scale lock system to constrain your notes to common scales and keys for easy melodic composition and live performance.

The interface is rounded-out by our modular FX rack panel, with 18 different DSP effect modules that you can assign in any of 10 available slots, in any order that you wish. You’ll find classic phaser, flanger, delay, distortion, amp and cab simulators, compressors, EQ, rotator and so much more. The Reverb effect includes our favorite convolution reverb impulse responses, including 99 different rooms, halls, chambers and outdoor environments, plus another 40 custom FX impulses to radically transform the sound and open up whole new worlds of musical possibility. We’ve added a great bank of FX rack chain factory presets to get you started!