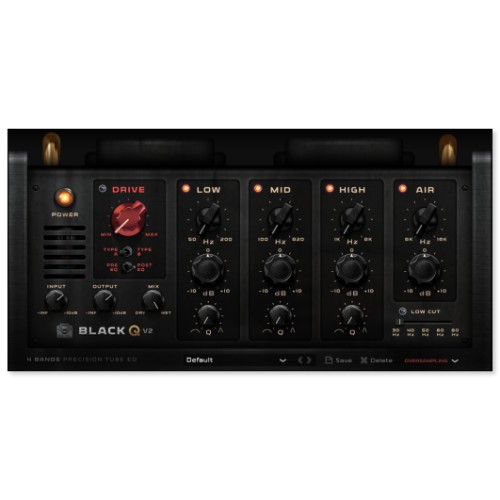 At Tone Empire they are obsessed with "Sound". They brought a vintage unit to life by building the hardware version over 6 months, changing tubes, transformers and signal paths. In this quest, they built a "Golden Unit" with "Super Powers". They had the idea then to model this circuit with 2 paths involving sowter and lundahl transformer and some choices of vintage valves.

Then combining this with a versatile EQ Design, Tone Empire developed a monster Tube EQ in the DSP world, a kind of hybrid with a sound going from ”Clean and Silky” to full-on ”Crunchy” sounding saturations.

TYPE A gives you a great “FULL” sound including a “Big” Low end and TYPE B gives you a crunchier mid/high enhanced sound. These choices make it possible to use this eq on a variety of sound materials from Drums to vocals, Piano, string instruments, Bass, Synths and as a mastering unit itself.

The next part was to make this plugin as processor efficient as possible so it could be used as a tracking plugin with very low latency and also allow one to run multiple instances of it effortlessly.