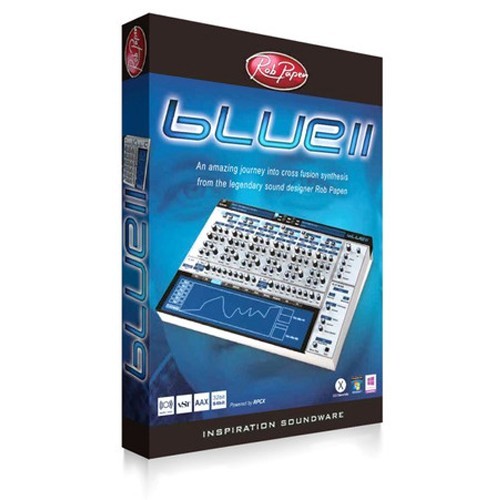 (7)
€ 133,-
$ 133.00
hear
see
Update Required To play the media you will need to either update your browser to a recent version or update your Flash plugin.
Related products
Reviews
Ratings
Awards
Requirements

Blue was first released in 2005 after Rob Papen formed the RPCX (Rob Papen ConcreteFX) partnership with music software developer Jon Ayers to create a powerful dream synth. As such, it remains a bona fide software synthesizer classic to this day, much loved by synth players and producers worldwide. 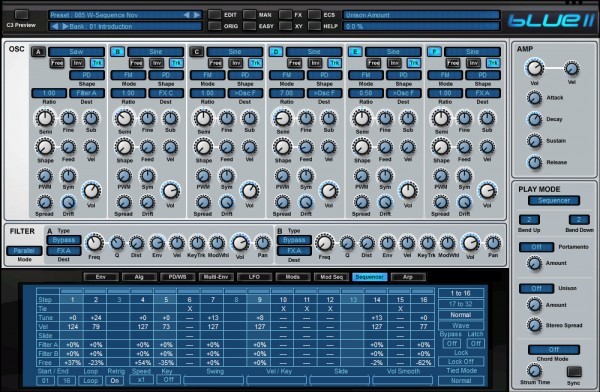 Blue reflected Rob Papen’s cutting-edge, creative, and musical approach towards developing virtual instruments by first delivering FM and subtractive synthesis, then duly adding Phase Distortion and wave shaping synthesis into the highly creative mix to create one seriously creative combination. Rob Papen himself called it ‘Crossfusion synthesis’ since it covered so much musical ground so effectively.

Blue II remains true to that ethos with even more sound dimensions and features to its extended name, starting with six oscillators beating at its musically creative heart. These can be connected in various ways, together with two analogue-style modelled stereo filters with 27 different filter types, an enormous range of processing and modulation options, sequencer, and an incredibly powerful arpeggiator.

A new range of specially selected waveforms based on samples have been meticulously fashioned for creating new and fresh-sounding synth sounds, so don´t go expecting acoustic pianos galore here. However, since choirs and strings are an excellent basis for so many synth sounds Blue II has them in abundance, with much more besides! 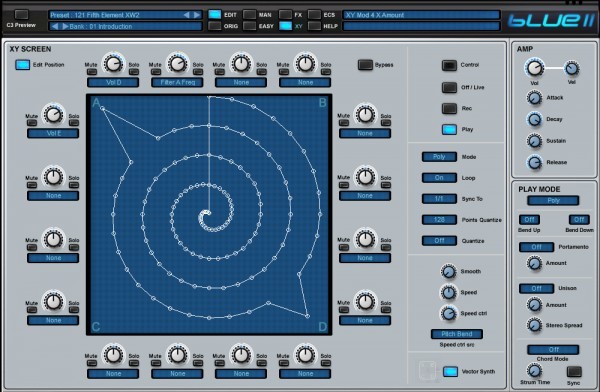 But Blue II is also easy to use, thanks to its user-friendly user interface and an innovative Easy Edit page for speedy sound changes, while the Bank Manager allows whistle-stop navigation through over 3000 inspirational Rob Papen presets and artist sound banks covering a wide range of musical styles.

Save big: Upgrade for registered user of BLUE available!

Blue II is enormous without being overly complicated; it has excellent sounds and is a lot of fun. It is for this reason that Blue II gets our Editors Choice Award it is well worth checking out.
Rob Papen is one of those people who seems to plough his own furrow, if that expression doesn’t translate for none Brits let me be clearer, he doesn’t swim with the crowd, instead choosing to make original virtual instruments and effects. I’m glad he does and you should be too, we need more companies like Rob Papen.