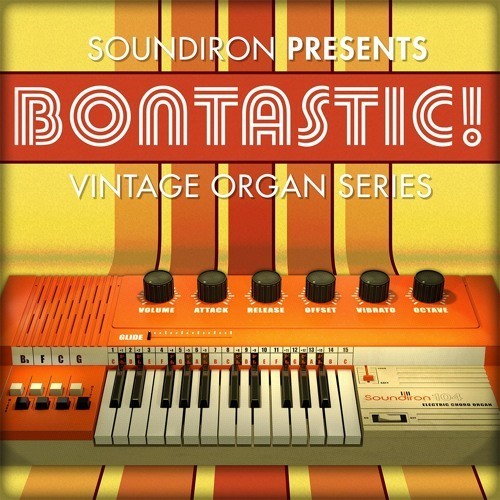 The Soundiron BONTASTIC! Vintage Organ instrument captures with perfect clarity the retro sound of the rare Bontempi B4 Electronic Table Organ. The instrument's vivid orange plastic exterior echoes the popular aesthetics of the 1970s and early 1980s during which time the organ was produced. The Bontempi organ that Bontastic! recreates is deceptively simple -- 25 keys and 8 chord buttons, no stops or options. But with Bontastic! we here at Soundiron have retrofitted a classic instrument and unlocked all the potential from a classic piece of music equipment. 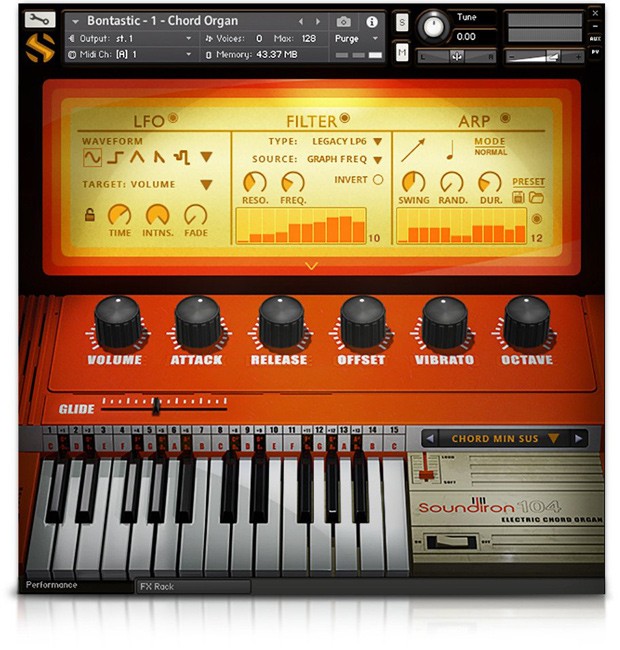 Bontastic! was recorded using a stereo pair of low-noise Neumann TLM 103 microphones to capture the full acoustic range of the instrument. Sustaining notes for each key were recorded with two round robins, as well as four round robins for staccato notes. The same sustaining and staccato articulations were recorded for all eight of the chord buttons (A#, C, F, and G chords, both major and minor), as well as a variety of key and motor effects. The included octave, vibrato and FX rack give you an easy-to-use interface to completely customize and shape a classic retro sound.