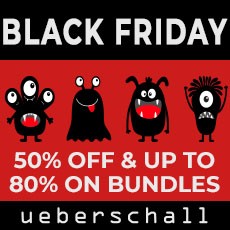 50% Off All Ueberschall Single Libraries until December 6th! 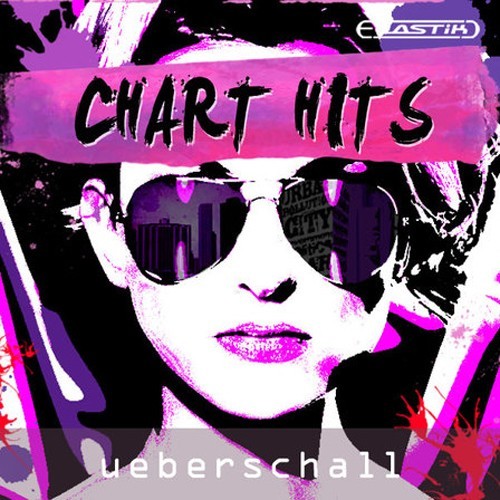 (1)
€ 24,50
$ 24.55
£ 21.91
hear
Update Required To play the media you will need to either update your browser to a recent version or update your Flash plugin.
Related products
Ratings
Requirements

Straight into and up the charts. Is music more than just fun for you? Do you want to address big audiences? Do you look for airplay, video-rotation and commercial success? Then it is time to enter the charts with your track!

Pop is the biggest intersection in music. It reaches large audiences by radio- and television broadcast, clubs and concerts. This allows earning quite a bit of money but also means working in a competitive market. To hold your ground, more than just a good song idea is needed to remain in the charts. Your productions need to be top notch and pick up the latest trends. This is where Ueberschall‘s Chart Hits library comes in. Pop-oriented construction kits integrate modern elements like Trance- synthlines, R’n’B-hooks as well as House-beats and acoustic guitar licks. Fat synth sounds and punchy drums set the base for catchy melodies and harmonic structures that paint the full picture of song. This library puts the right sound-set for your chart track into your hands. The rest is up to your and your A&R manager.

Chart Hits offers 10 extensive construction kits including a total of 510 loops. Just like in recent US major productions, Euro-sounds are mixed with elements of black music to melt into real pop-music-anthems. These sounds create a dense grooving backing-track that, unlike instrumental club music, will leave enough space to fit vocals and lead instruments.

Each construction kit contains a demonstrative full-mix plus individual tracks of in the charts lead synthesizers, pad sounds, acoustic and electric guitars, electric and synthetic basses and effect sounds. In addition, you‘ll find all drum kits as full-mixes as well as single tracks for kick, snare, hihat, cymbals and percussions. This allows easy exchanging of single instruments and a target-oriented mixdown. The construction kits consist of 2 to 4 folders containing the main theme and further variations. Intro, breaks and A/B parts can be easily arranged this way and a first song layout is just a few minutes ahead.

When it comes to the production of a potential chart track, there‘s no way around this library. Also, for any application where music is meant to address a broad audience, like advertisements, signature tunes in television or product/event presentations on tradeshows, Chart Hits delivers the perfect solution.

Elastik-Features
Ueberschall‘s Elastik-Player is the ideal tool for fast music production. At lightning speed and highest quality, the loops and sounds of a library can be matched in tempo and pitch. All libraries‘ construction kits are organized in a way that single elements can be exchanged easily anytime. Also, the attribute-based browser allows fast and selective searching for specific loops and elements across all installed Elastik libraries for immediate integration in a song. You wouldn‘t want to miss this efficient feature, if your musical work spreads across several genres particularly.
On top of that, creativity doesn‘t come short when using Elastik, too. Functions like resample, formant, reverse and the effective multimode-filter allow slight or extreme manipulation of loops and sounds with little effort.

Credits
Chart Hits has been produced by Marc Steinmeier, who has previously worked for companies like Universal Music, EMI Electrola and Sony/BMG. Many of his tracks and remixes of well-known artists such as LL Cool J, Alicia Keys, George Clinton and Eminem thank their final polishing in composition and sound design to him.