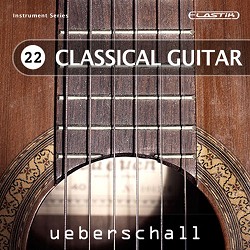 (6)
€ 49,-
$ 48.82
£ 44.43
hear
Update Required To play the media you will need to either update your browser to a recent version or update your Flash plugin.
Related products
Ratings
Requirements 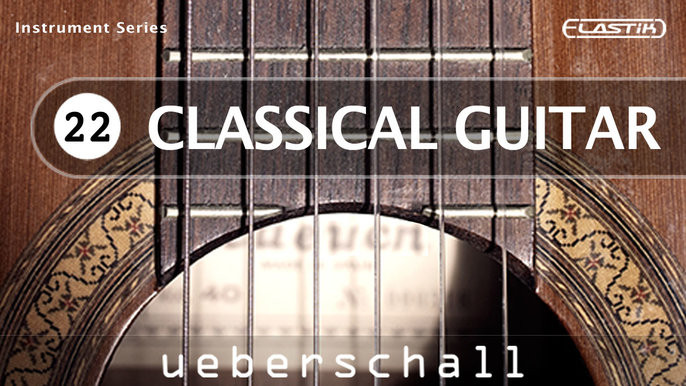 The classical nylon string guitar is often associated with Spanish/Latin and classical music genres but, in the right hands, it can cross over beautifully into contemporary pop genres. With 400 loops and 1.7GB of sample data, Classical Guitar is an Elastik sample library that does just that. Recorded with an intimate, but warm and powerful, tone, without the use of EQ or reverb (so you can add your own as required), these stylish classical guitar licks will add fabulous character to any production.

The loops are organized into 10 folders and include atmospheric, funky, straight and intro/outro performances as well as a series of add-on elements for special performance effects. The material would suit a wide range of genres including Ambient, RnB/Urban, Funk&Soul, Rock, House and Pop.

Each performance phrase is played twice with some as double-tracked performances and others at two separate parts for the same phrase that could be used either together or separately. The library contains both pre-mixed loops with both parts panned left/right, separate loops for the left/right parts and a DI recording of left/right parts for maximum flexibility. The sound is totally consistent between each themed folder and, as all the loops are recorded in a single key, mixing and matching loops across the whole library can be done with ease. Elastik does, of course, easily allow you to adjust both the pitch and tempo on the material.

If you want the sound of the classical guitar to inspire your next contemporary pop/cross-over hit, Classical Guitar is pure guitar class for songwriters and music producers alike.

Mix And Match Between All The Performance Elements

The Elastik Player from Ueberschall is the ideal tool for loop-based music production. The advanced algorithms by zplane development can match all loops in Classical Guitar to any track in pitch and tempo with just a few mouse clicks. All installed Elastik libraries share a common, clearly arranged browser, granting immediate access to all installed loops. Functions such as resample, formant and reverse as well as an effective sequence mode allow creative sound design on the fly.

Free ELASTIK 3.5 Player is included in this product.