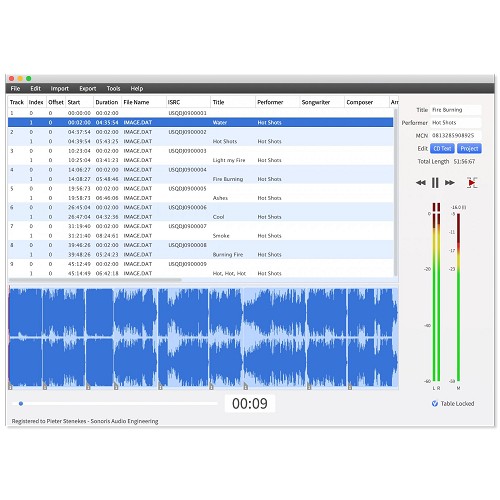 The Sonoris DDP Creator is a standalone cross-platform CD authoring application compatible with virtually any DAW software on the market. The DDP Creator lets you assemble professional RedBook compatible audio CD´s and supports the import and export of DDP 2.00 images and Cue Sheet (cue) files. It also enables you to burn and rip audio CD´s and send off images with FTP.

The Pro version adds even more functionality to the DDP Creator: