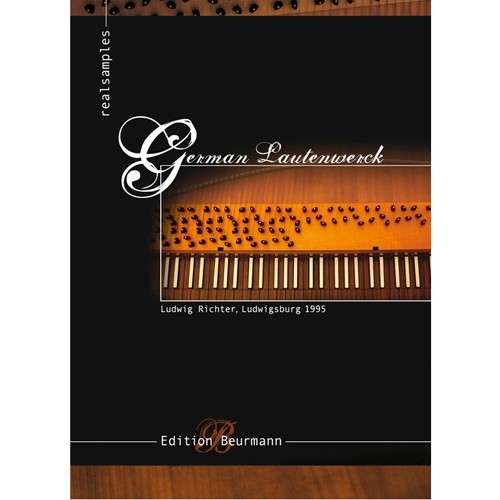 The German Lautenwerck library brings a long-gone instrument into your sampler: The Lautenwerck - or Lute-Harpsichord - was one of Johann Sebastian Bach´s favourite instruments.

Despite 50 Lautenwerck builders in Germany, not a single instrument survived throughout the centuries. When the instruments had vanished, the awareness had gone as well: Only a couple of decades ago, musicologists found out that such an instrument had existed, solving the mystery of scores mentioning being written for Lautenwercke. Until then, one would have guessed that the composer meant a regular lute instrument by that notion. When the knowledge of it had resurfaced, Professor Beurmann had a reconstruction built by Ludwig Richter in Ludwigsburg, Germany.

Back in the days of harpsichords and spinets, the lute-harpsichord offered a much warmer, soft and intimate yet defined tone. While having been built to imitate a lute on a keyboard instrument in the first place, it brings a consistent attack to the table (due to not being touch-sensitive, just like a harpsichord) and also by allowing for full decay of all notes due to missing dampers. This allows for a vibrating, reverberant yet still transparent sound.

Just like harpsichords and spinets, the Lautenwerck is not touch-sensitive. However, even if the differences are minuscule, not any given note will sound exactly the same due to different resonances of body and strings. In order to pay tribute to the instruments´ variances, every note was captured with 8 different samples.

It is now available for the first time in the sampler within the German Lautenwerck library, presented in its original Valotti tuning at 412 Hz.
To start right away, presets are available for all common sample formats including HAlion®, Kontakt2®, EXS24® or GigaStudio3®.
The sample library contains nearly 700 single samples.
For the critical task of capturing the instrument, we employed vintage Neumann™ TLM-170® microphones in conjunction with Crane Song™ Flamingo® preamps and Universal Audio™ 2192® digital converters to do the instrument justice.
For maximum sound quality, we recorded in 192 khz/24 bits, downsampled to 44.1 kHz.
In addition to the samples, the library contains an essay in German from Professor Andreas E. Beurmann himself, explaining both the historical and musical background of the instrument. 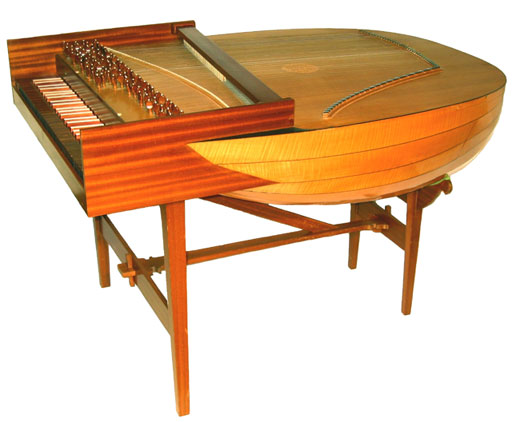