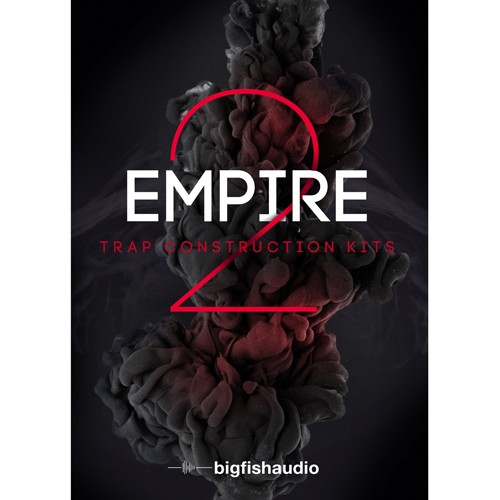 € 99,-
$ 99.95
£ 88.55
hear
Update Required To play the media you will need to either update your browser to a recent version or update your Flash plugin.
Related products
Requirements

The Empire series from Big Fish Audio is back with 50 more kits of Trap bangers! Empire 2: Trap Construction Kits brings you over 2GB of the same Trap snares, 808s, and synths that you loved from the first volume - as well as inspiring new beats and melodies that are sure to make a hit! Produced in the styles of Baauer, TNGHT, and RL Grime, Empire 2 will give you tons of new material to work with.

In addition to the regular loop content, each kit includes a folder of MIDI files for full flexibility and control over the melodic content of the track using your own virtual instruments.

Empire 2: Trap Construction Kits has been formatted in the most widely-used formats: Apple Loops, Acidized WAV, and REX files, making it usable in virtually every piece of software and hardware on the market today. In addition, this library comes fully formatted for Kontakt as part of the Big Fish Audio KLI 3.0 Series which transforms this loop library into a truly moldable and musical writing instrument.

Kontakt 5.6.8 is required to use the Kontakt 5 instrument patches in the KLI version of this product. This product does not work with the free Kontakt Player.