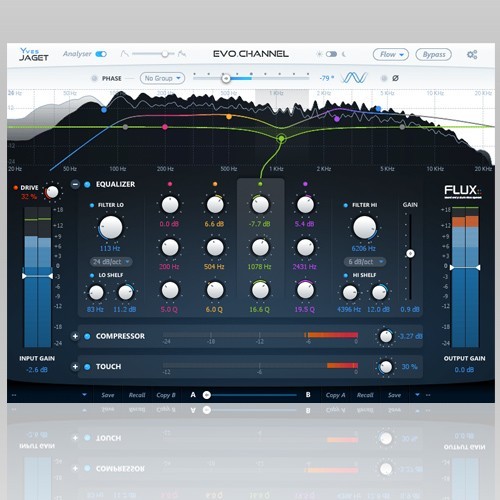 In the music industry today the work within the computer has become as important as it has always been with consoles and analog gear. During 2017/2018, Gaël Martinet, the founder of Flux::, and his good old friend and colleague from the French music industry, Yves Jaget, were occupied with the design of a software Channel Strip. The Evo Channel can be considered a utilitarian tool for many mixing/mastering tasks, with each module servicing a need for a particular or required application. Users now have full control and are not dictated by the limitations some other named products impose.

With complete multi-channel support for Dolby Atmos and Ambisonic systems for post-production, the Evo Channel is the go-to plug-in for any sound engineer that needs an ultra-precise great-sounding channel strip that’s fast and easy to tweak. Evo Channel is available in the AAX Native and Audiosuite, AU, VST, and Waves WPAPI formats making it available in all professional situations. Evo Channel also handles High-Resolution DXD Audio with sampling rates up to 384 kHz is supported. 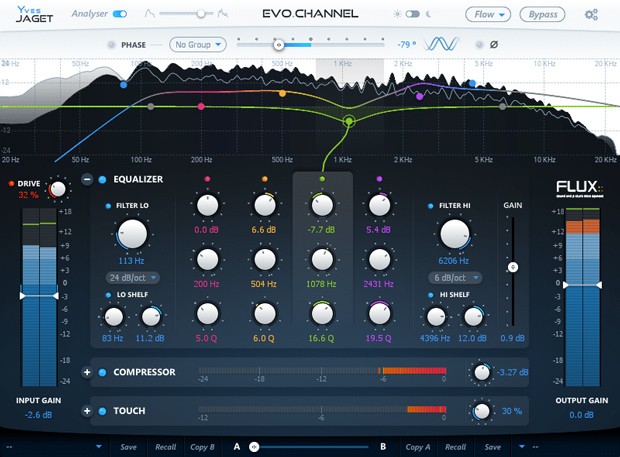 Yves Jaget, sound engineer for the last 40 years (Frank Zappa, Sting, Pink Floyd, William Sheller, The Jeff Healey Band... ) has always throughout his career been building his own analog gear; pre-amps, compressors, equalizers, microphones and other things. An important issue for Yves has always been about ergonomics and workflow, and he has been involved in the design of several consoles, including the classic French “Sage Memory”, the first digitally controlled analog console on the market.

Yves says: "The tools are there to be of service for the sound production, but should always stay in control of the user and not the opposite - It's still the human who decides!"