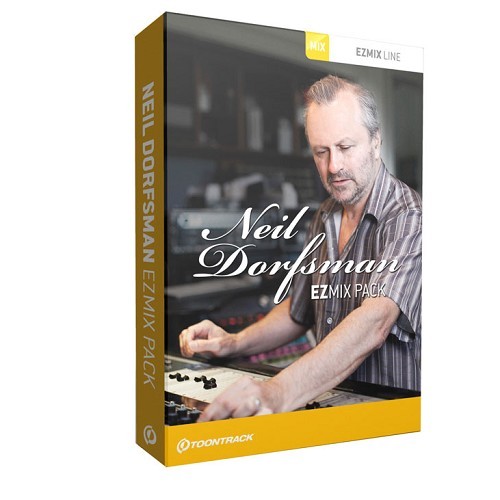 "EZmix 2 sounds good enough for real record making on a professional level. It's a great tool because it gives you immediate satisfaction - and it's fun!", says producer/engineer Neil Dorfsman.

The fact that someone who produced or recorded some of the biggest records of all time, Bruce Springsteen's "The River", Sting's "...Nothing Like the Sun" and Dire Straits' "Brothers in Arms", has no second thoughts about pulling up EZmix 2 in one of his sessions really underlines its quality and creative power. With that in mind, we are extremely proud to induct Mr. Dorfsman in the EZmix 2 hall of fame. Welcome: Neil Dorfsman EZmix Pack!

The Neil Dorfsman EZmix Pack comes packed with ready-made signal chain presets for all your common mixing needs: vocals, drums, bass, guitar, reverbs, busses, masters and much more. On top of that, it has a collection of new and highly useful guitar and bass cab simulation presets.

"You get inspired as you work with EZmix 2 because there are so many possibilities. It only takes seconds or minutes to set something up that can be very inspiring or different", says Neil.