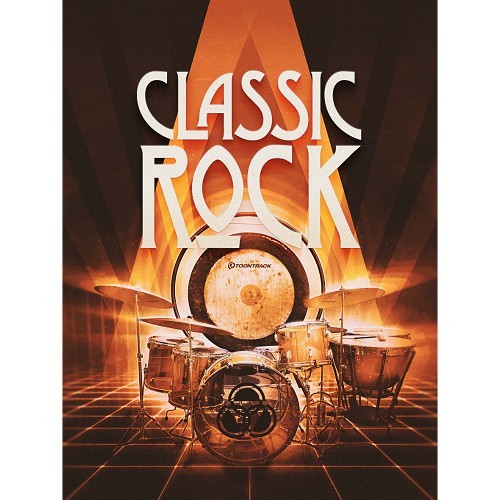 The Classic Rock EZX comes with two kits as well as several additional instruments and extras derived from the Legacy of Rock SDX, an expansion for Superior Drummer 3 recorded by legendary producer/ engineer Eddie Kramer at the AIR Studios in London, UK.

Heavily inspired by Eddie Kramer’s work with primarily Led Zeppelin, all aspects of this EZX were designed to provide the ultimate source for instant classic rock gold – the choice of drum kits, the presets and the MIDI. This EZX simply bursts loud, reverberant rock from the onset and out. ‘The Amber Kit,’ which represents a reproduction of the acrylic kit that John Bonham used during the now- historic “The Song Remains the Same” recordings in 1976, has a truly unique, open-sounding and blaring tone. To contrast, ‘The Sparkle Kit,’ also a homage to a setup frequently used by Bonham in several classic sessions, presents a more traditional tonal palette while still offering that mandatory, deafening rock sound. In other words, two perfect kits for classic rock – engineered to perfection by the man who helped shape its very essence.

Even though rock may shift, change and take on new paths, one thing is perfectly certain: the drums remain the same – big, obnoxious and loud. If you’re looking to produce grooves that don’t make any excuses, you’re in luck. Welcome to the sound of rumbling thunder and an EZX literally chock- full of rock.

This EZX library for EZdrummer/Superior Drummer fits with its sound and MIDI content perfectly to the Classic Rock EBX for EZbass. 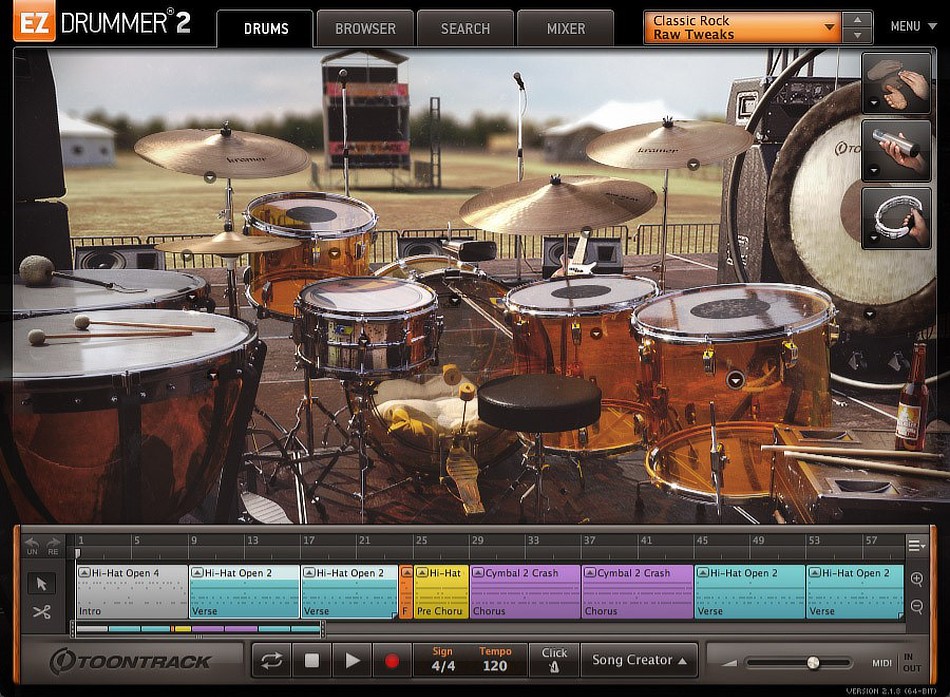