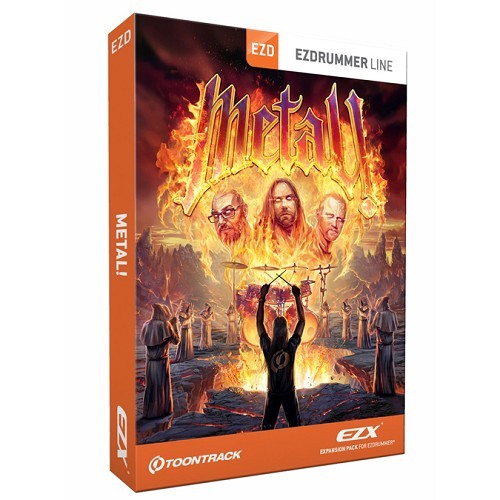 (9)
€ 69,-
$ 79.00
hear
see
Update Required To play the media you will need to either update your browser to a recent version or update your Flash plugin.
Related products
More Info
Ratings
Requirements

What happens when you put a massive, all-new drum recording in the hands of three of the most in demand producers in modern metal, let them bring it to their own studio environments and equip them with an unparalleled set of audio shaping tools? You don't only get a collection of nine custom drum kits – you get a rampant battery armed for complete audio destruction. A nine-headed behemoth that leaves nothing but rubble behind. Nothing. 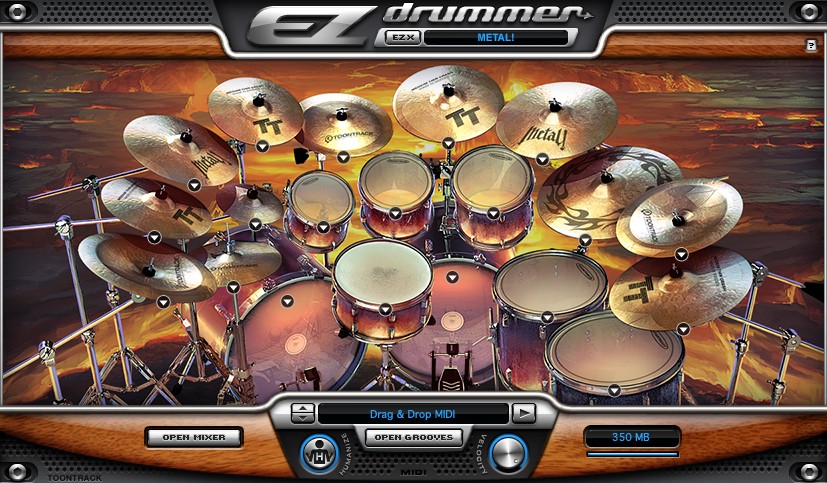 The Metal! EZX is based on a new drum recording engineered by Daniel Bergstrand in Norway's highly unique Tanken Studio. The raw material was then individually remixed by Mark Lewis, Jason Suecof and Daniel Bergstrand himself into nine drum kits tailor-made for metal. Between them, these three producers have worked with some of modern metal's most influential acts as well as those pioneering today's multifaceted scene: Meshuggah, In Flames, Trivium, Whitechapel, DevilDriver, The Black Dahlia Murder, God Forbid and Dimmu Borgir, to name a few. The Metal! EZX also comes with a versatile collection of grooves and fills performed by Soilwork and metal drummer extraordinaire Dirk Verbeuren.