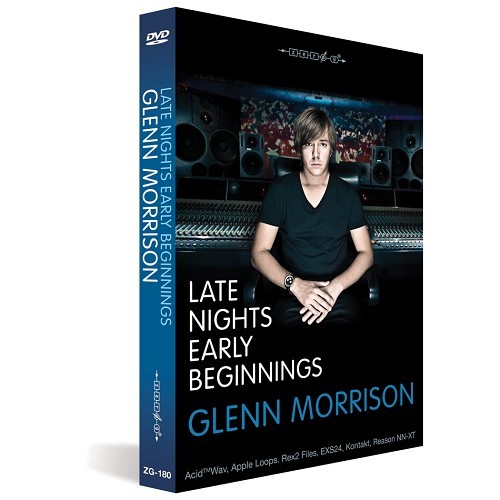 Glenn has designed the library for dance producers specializing in house, techno, progressive house, ambient, downtempo, trip hop, and trance. There are lots of ethereal tones juxtaposed by grainy abstract melodies, as well as shed-loads of big room festival type riffs and industrial type broken-beat loops and single hits which are perfect for techno, house and dubstep. This library is a vast resource of samples with a multi-purpose use that has the sustained genius to cross many dance genres.

Also in this huge library are two guest libraries from DJ/producers Matt Lange and Luis Junior which include hundreds of unique single hits and loops from two of the most sought after upcoming talents in the dance firmament. So in effect this fantastic professional library is actually 3 libraries in 1 and is destined to inspire and feature on many forthcoming dance classics.

All the samples have been pre-cleared and are 100% original and royalty-free for your musical use without any additional licensing fees!