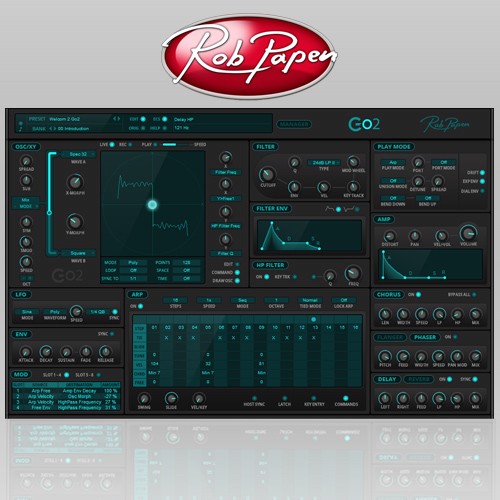 € 48,-
$ 47.73
£ 43.83
hear
see
Update Required To play the media you will need to either update your browser to a recent version or update your Flash plugin.
Related products
More Info
Requirements

The current Rob Papen collection holds synthesizers which contain many features and types of synthesis which sometimes can be daunting to the average user. But there is always something tempting and fun in something that is so simple! Look at the 1980's, in which we had top synthesizers like the Roland Jupiter-8, but also at the other end of the spectrum the simpler but fantastic synths like the SH-101.  And yes, both became classic synthesizers.

Compare it also whilst making music, very often less is more and this is also can be applied whilst using synthesizers. Sure, with a heavily featured synthesizer, you can also be less complex in a patch. But this often still takes more time to achieve. 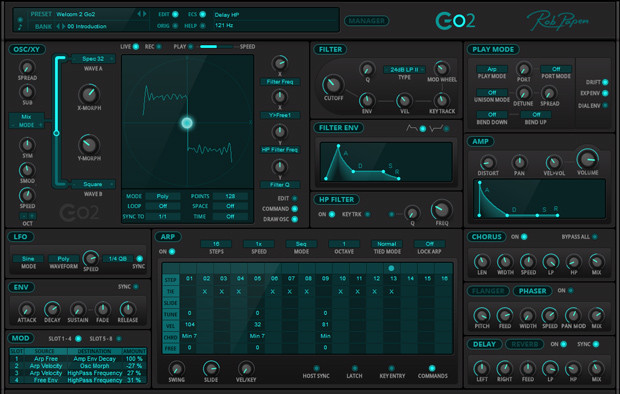 And yes, Go2 has all of the controls visual at the same time but still has some unique features and sound for sure, which makes sure that it will boldly go to where no other synth in this category went before.

Highlights of Go2 include: