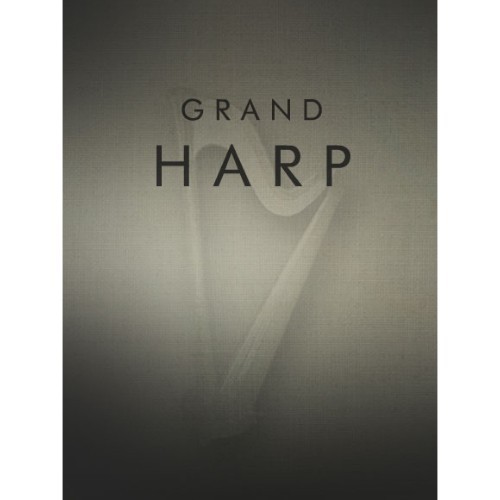 The Grand Harp or better known as Concert Harp or Pedal harp is a large modern harp, designed primarily for classical music. The Grand Harp is a descendant of ancient harps such as a Celtic Nylon Harp. The harp found its early orchestral use as a solo instrument in concerti by many baroque and classical composers. It began to be used in symphonic music by Hector Berlioz.

The Grand Harp has a wide range of tones which is six and a half octaves (47 strings) starting typically from C 1 and ends up at G 7. The lowest strings are made of copper or steel-wound nylon, the middle-lower strings of gut, and the middle to highest of nylon, or more or all gut.

The normal and typical way to play the Grand Harp is to play it with the fingertips of the first four fingers, but there are a lot more kinds of playing techniques available. In this version of the Grand Harp CI concentrated on six different articulations which are: 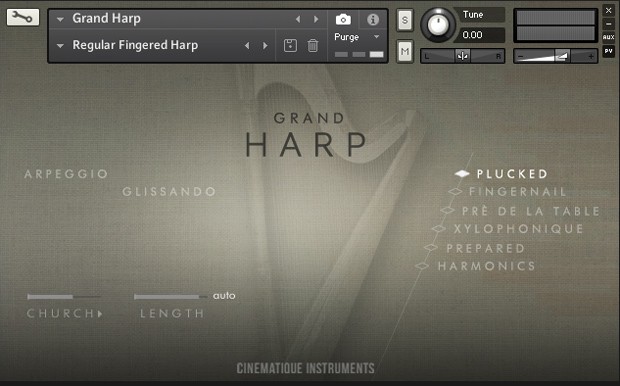 As always CI set a high focus on capturing the notes in a very realistic and organic way, thus they recorded the Grand Harp with several big condenser around the instrument. All main articulations are provided in four times round robins and up to 5 velocity layer, recorded in stereo 24 Bit. Only the Harmonics articulation was recorded in one round robin. The Grand Harp comes up with a very gentle and warm feel. It sounds realistically and inspiring.

Cinematique Instruments included all six articulations in one patch so that the user can easily and quickly change the articulation. You can do that either by mouse or keyswitches. Furthermore they added reverb and sustain control sliders as well as a tiny but powerful arpeggio with a separate voicing options and a very useful glissando mode. Finally CI added an auto-velocity button which sets the note length automatically. This is extremely handsome.