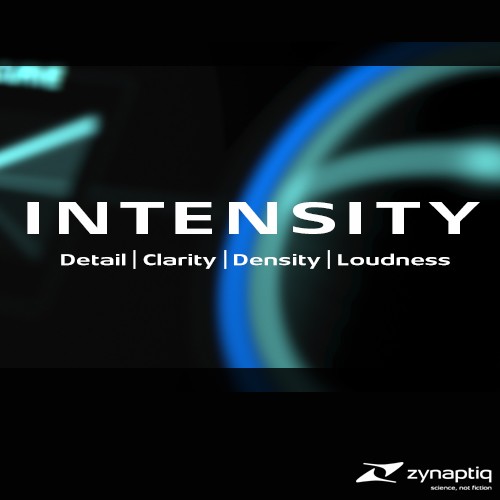 INTENSITY is a new kind of audio processor for mixing, mastering and sound design. Built on techniques typically found in facial recognition algorithms, INTENSITY brings out a sound’s inherent detail, increases its perceived loudness and density, and adds insane amounts of clarity. The unique algorithm carves out important signal features – making sounds sound more like themselves – and is operated with essentially one control. Between the proprietary algorithm and an optional soft-knee saturating limiter in the plugin’s output stage, INTENSITY also excels at attaining maximum loudness and creating a beautifully aggressive tone.

The key INTENSITY features at a glance: 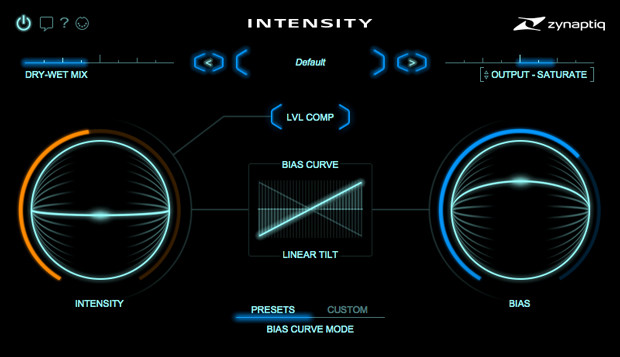 So what IS this thing, then? You can think of INTENSITY like an infinite-band compressor operating in relative terms – whose time constants are zero, and which is controlled by an artificial intelligence at audio rate – making it possible to adjust the process with essentially just one knob.

Or Actually, do NOT Think "Compressor"

Well, except that this description would be completely inaccurate, as INTENSITY is absolutely NOT a compressor, and works in a completely different way. There's no RMS detector, no threshold, no ratio, no attack or release time. It doesn't pump or modulate in any other way. It doesn't overshoot and it works regardless of absolute levels and input type.

That said, the compressor analogy does serve to give you an idea of when to use it and what for.