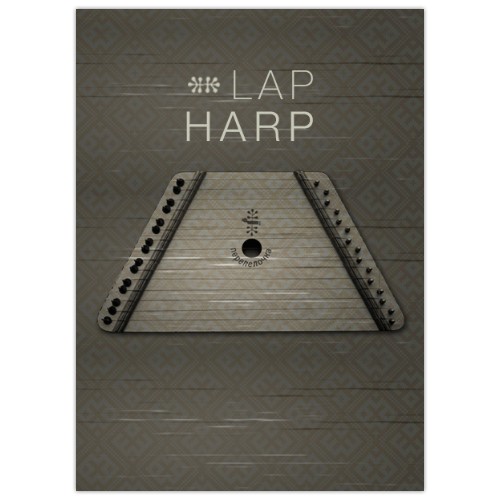 € 35,70
$ 35.70
hear
see
Update Required To play the media you will need to either update your browser to a recent version or update your Flash plugin.
Related products
Requirements

The Lap Harp is a music instrument from eastern Europe also known as 'Perepyolochka' in Cyrillic, which literally translates to „Little Quail“.

Due to its easy playability its popular with musical beginners.
In nature it has 15 diatonically tuned strings, which are often in the key of G major. In the Kontakt patch you can play it chromatic and well tempered. 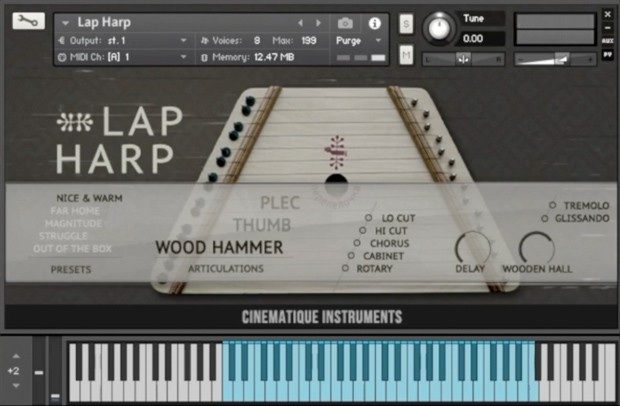 Cinematique Instruments recorded the Lap Harp with 3 Articulations, 4 Round Robins and 2 Velocitys at a quiet low volume. For the articulations they chose a plectrum, the fleshy side of a thumb and a piano hammer.

As an additional gimmick Cinematique Instruments implanted a Glissando and a Tremolo function via the script, which affects the midi behavior and enables you to get a step closer to the natural playability of the real instrument.

Furthermore they added several effects such as the control of reverb, delay, lo-& hi-cut, chorus, octave and rotary, which expands the entire sound of the Lap Harp and gives you some further options to kick-start your creative process.

As a microphone they chose a Schoeps condencer and positioned it pretty close to the strings in order to get a direct and detailed sound.