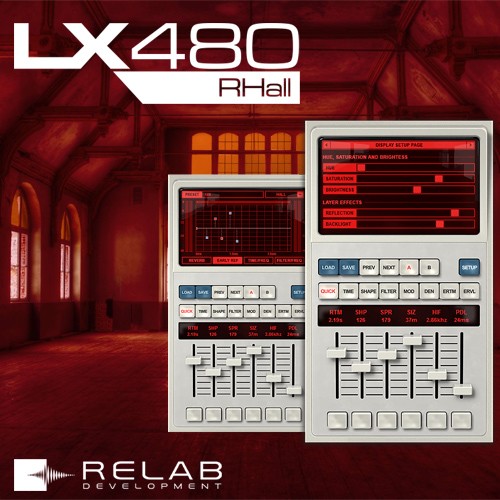 For over two decades, the Lexicon 480L Digital Effects System* has been the standard by which all other signal processors are measured. The Lexicon 480L* remains a popular choice among top producers for the most demanding tasks. Even today the Lexicon 480L* is widely considered as one of the best-sounding reverbs ever built.

When creating the first entry for their own product line, Relab Development decided to create the most accurate emulation that could replace this legendary hardware reverb. The LX480 plugin goes far beyond emulation by using the exact same reverb technology and introducing higher density modes and functions not found on the original.

Additional exclusive features and functions not found on the original:

Improved algorithms with higher density than found on any other reverb plugin (and the original). 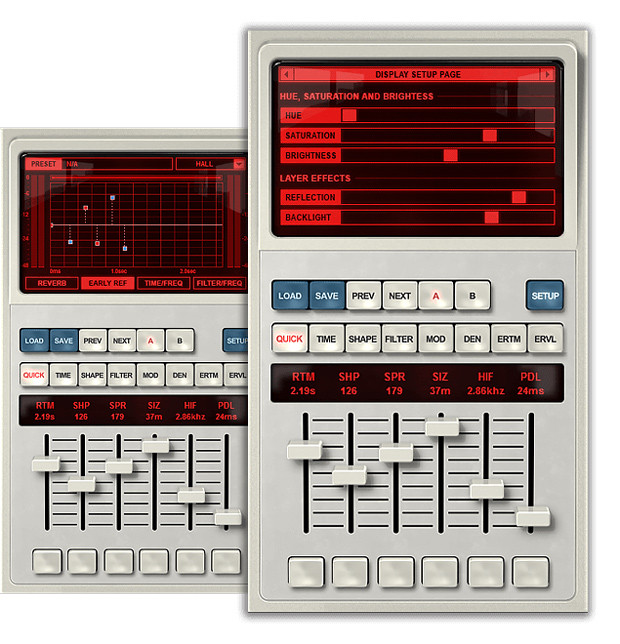 The user interface for the LX480 plugin is based closely on the LARC (Lexicon Alphanumeric Remote Control) from the original unit. If you’re familiar with the LARC, you’ll find operating the LX480 very comfortable, with the benefit of extra visual feedback and control and editing capabilities. The GUI is divided into:

The display is completely customizable with sliders for HUE, color saturation, brightness, reflection amount and back lighting. The reflection type and background graphic can be modified.

Four options allow you to specify the background graphics used for the LX480 Reverb GUI:

*Lexicon, 480L Digital Effects System and 480L are trademarks of Lexicon Inc. which are in no way associated or affiliated with Relab Development. These trademarks of other manufacturers are used solely to identify the products of those manufacturers whose sounds were studied during the development of the plugin.