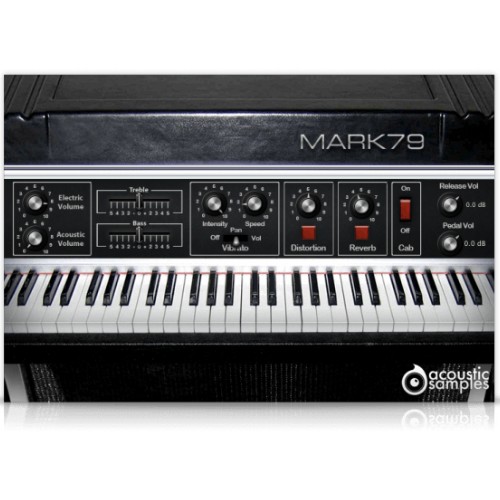 The Mark79 is based on a 1979 Mark II 73 Keys Electric Piano from 1979. The first Mark II were identical to the Mark I's in terms of sound generation part, meaning that the hammers, hammer tips, the tines and the amplification were the same as the late Mark I models.

That being said, there is a noticeable difference when compared to the early Mark I models, the tines were not made of the same exact material and ended up producing a more even sound with a bit lett highs and more controlled bass. the attack and sustain characteristics changed a little as well.

All this added to the hammer tips changes makes the MarkII sound different from an early Mark I and deliver the tones of the well known Chick Corea's "Return to forever" sound.