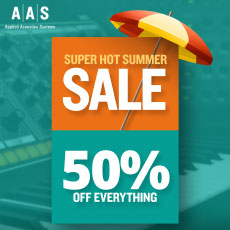 Just in time for the beginning of summer, the Canadian modeling experts from AAS are launching their "Super Hot Summer Sale": from June 22nd to August 26th, there's 50% OFF all AAS products. 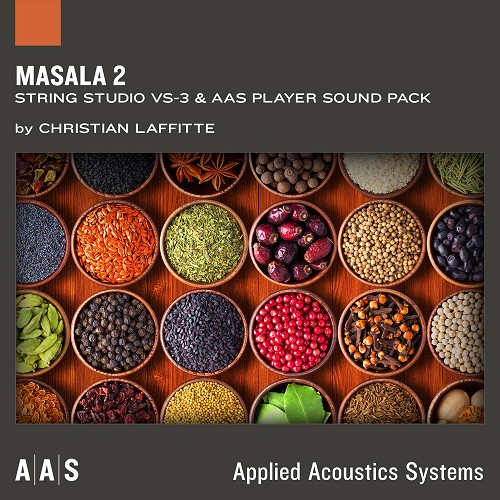 Following up on the highly flavourful Masala, resident sound designer Christian Laffitte cooks up a second collection of 100 spicy, unique, and delicious new sounds exploring the full capabilities of String Studio VS-3. At its core, Masala 2 imparts the feel of playing a genuine instrument with tremendous organic authenticity. With colors ranging from the very roots of the human race to downright obscure and experimental, the enigmatic Masala 2 heats up any music endeavour. Excite your palette with hot, tangy, and uncommon sounds from around the globe and beyond to fulfill your craving for originality.

This preset collection can be used with the free AAS Player plug-in as well as String Studio VS-3.

Christian Laffitte is a French musician and sound designer based in the south of France. He has been developing sounds for Dream, Arturia, Zoom, Applied Acoustics Systems, M-Audio, Avid to name a few. He also composed music for Sony video games trailers and music for French TV channels and radio stations. As a keyboard player with a great interest in synthesis and new technologies, Christian Laffitte has put all his passion for music and sounds in creating Wejaam: a free music sequencer for smartphones and tablets.

String Studio VS-2 is not supported.