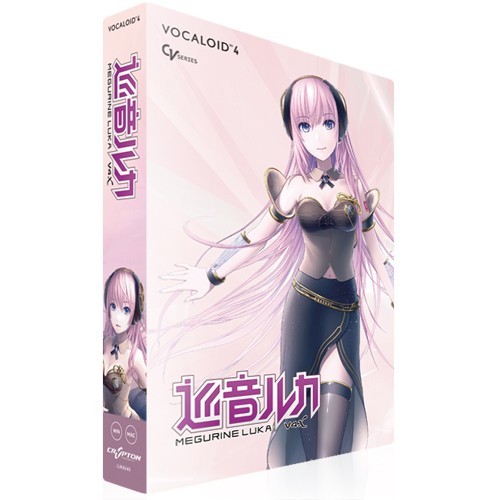 A brand-new function in the new software "MEGURINE LUKA V4X" allows you to vary the expression and control the strength of each word! The bilingual vocalist sings seamlessly between styles such as "sweet breathy voice" and "growling voice". 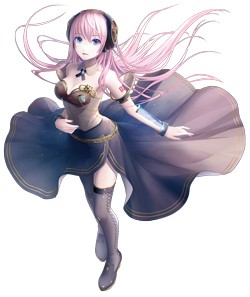 The new version of "MEGURINE LUKA V4X" contains each 2 English and 2 Japanese databases which were elaborated for improving expressiveness. Each database was optimized for Cross Synthesis (voice morphing) and Growl functions which allow you to change the tension of the voice easily, and give also growl-like expressions to the voice. In Japanese, you can choose voice variations at each note in the song by the newly Crypton-developed function called "E.V.E.C" ("Enhanced Voice Expression Control"). Imagine the control of various expressions within one song: in a softer part of the voice whispers, whereas in the melodic in the melodic main part the vocalist pitches into a stronger high voice. Until now known limits of vocal expression are lifted with this new control!

For your immediate music production, Crypton provides an all-in-one package including the new "Piapro Studio" vocal editor that lets you easily handle vocal functions such as E.V.E.C and pitch graphic control, and the music software "Studio One" which contains over 200 virtual instruments.

The database of MEGURINE LUKA V4X is based on a human voice, provided by Japanese voice actress Yuu Asakawa, and carefully recorded in a high-standard studio environment. Every sound was precisely edited to produce this database that includes different kind of vocal sounds. The database contains both Japanese and English and it is compatible with all the functions such as E.V.E.C, Gender Factor, Brightness, Cross Synthesis (morphing function), Growl (growl-like expressions to the voice), which can be operated through bundled vocal editor "Piapro Studio". 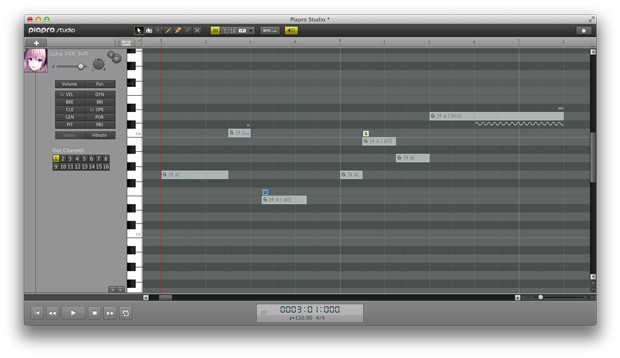 In Japanese, the newly Crypton-developed function "E.V.E.C." makes it possible to control the tension of the voice at each note, the variation in vocal sounds, breath length and intensity, and the emphasis of consonants at the end of a word. While Cross Synthesis (Morphing Function) makes it possible to control the voice type, the Growl function enables an expression of a roaring voice. By combining those new functions, it’s possible to give a wide variety of vocal expressions.

In the English voice bank, the Cross Synthesis function makes it possible to control tension and strength level by cross synthesizing the 2 databases STRAIGHT and SOFT. The Growl function enables to express additional tension and roaring in the voice. 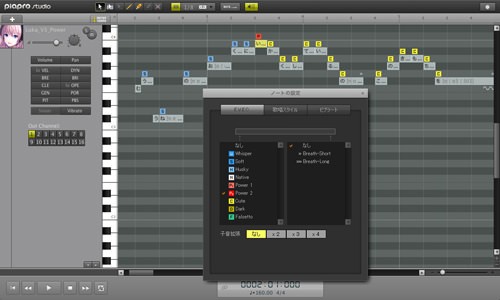 A vocal editor that allows you to easily operate and modify Luka´s voice, Piapro Studio works as a VSTi plugin, and therefore performs at a high compatibility with main music production applications (PreSonus Studio One, Ableton Live, Steinberg Cubase etc.). Since version 1.1., Piapro Studio also supports AU (Mac) Plugin, which enables you to use Piapro Studio in Apple Logic and Apple Garage Band. 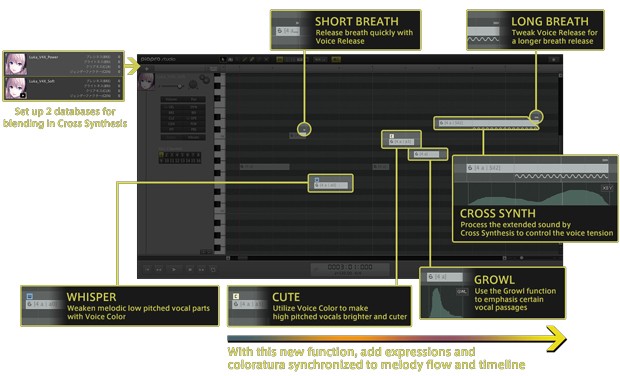 All applications can be synched with each other which enables you to easily produce whole musical compositions!

What it’s all about

For €159 EUR you get a creative and easy to use tool. It’s not to everyone’s taste, but it’s far from being useless. It adds some kind of spice, and you definitely won’t use it in every song you make, but it can do wonders if you use it creatively. To make the whole thing even better and more appealing, those Crypton fellows also added Studio One Artist Piapro Edition in a Vocaloid pack containing around 200 instruments, allowing you to make a whole song just with the included content.

If you don’t already have a DAW then this could be a good deal for you, as Studio One, even in this reduced version, is still a very good DAW that can proudly stand shoulder to shoulder with some its more well-known brothers.

The only thing I would have liked to see is an option to allow installation of just the English database, as the whole database takes up around 20 GB of space. For that reason I wrote to technical support and got an answer in less than 12 hours (after all, they live in a totally different timezone) letting me know this can be done by selecting “Customize” during installation. ( reducing the content to reasonable 5 GB)If you’ve ever had problems getting technical support from certain companies, I’m glad to inform you that Crypton is not one of them.

To buy or not to buy? It is up to you, but I definitely know why I ordered this one. After all, there are some albums recorded just with Vocaloid software, and if you didn’t know even Mike Oldfield used it for some of his back lines. These half-sampled, half-synthesized beasts are used by both professionals and amateurs around the globe. So count me in, please.