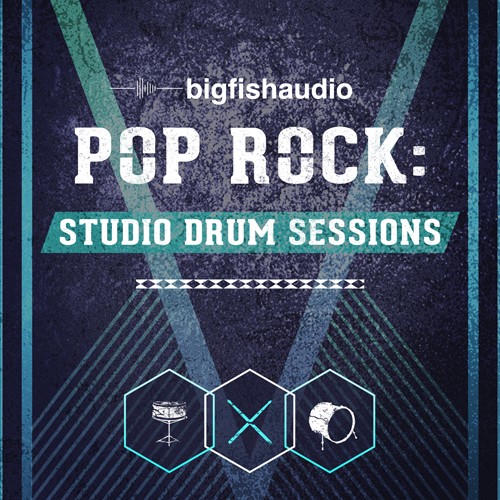 € 129,-
$ 129.00
£ 116.21
hear
Update Required To play the media you will need to either update your browser to a recent version or update your Flash plugin.
Related products
Requirements

17 Kits of the hottest Drum Sounds

This library contains 17 kits packed with some of the hottest drum sounds on the market today. These samples have been recorded using the highest quality gear and signal paths possible in 24-bit, to preserve the wide spectrum character of a true drum kit that retains both the warmth and punch you need to stand out in the mix.

Pop Rock was recorded with Ryan Yerdon working his usual magic. With an artist like Ryan behind the kit, you know that what you are getting is the absolute best, and will not compromise on any level.

Pop Rock: Studio Drum Sessions has been formatted in the most widely used formats on the market today: Apple Loops, Acidized WAV, and REX files, making it usable in virtually every piece of contemporary software and hardware.

Kontakt 5.5.1 is required to use the Kontakt 5 instrument patches in the KLI version of this product. This product does not work with the free Kontakt Player.