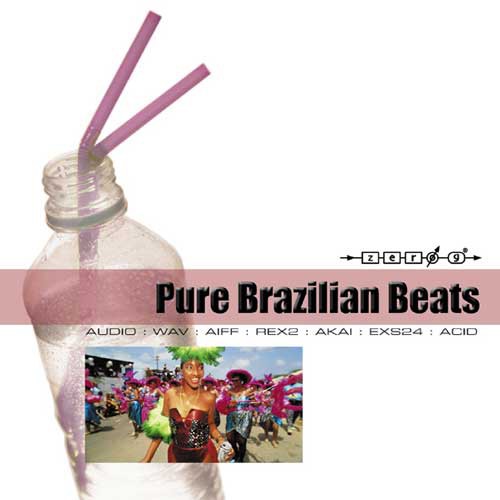 (2)
€ 26,-
$ 24.66
£ 23.38
hear
Update Required To play the media you will need to either update your browser to a recent version or update your Flash plugin.
Ratings
Requirements

Zero-G bring you the unmistakable flavour of Latin American drums in the 21st Century - the feel, the groove, the life. Performed & recorded in Brazil by in-demand session musician Duda Moura, Pure Brazilian Beats is an incredible collection of completely authentic Brazilian drum rhythms with an infectious feel, suitable for anyone with a desire to add rhythmic life to their productions.

"This shows off the talents of session musician Duda Moura as he drums his way through sambas, bossas, batucadas and the like to give a slice of 21st Century Latin American rhythms that work well...it's money well spent!"
- FUTURE MUSIC magazine, UK

"Never has a sample library been so aptly titled...the playing - by Duda Moura - is accomplished...There are plenty of variations in each style, too. Fans of Brazilian rhythms will lap this one up, but at this price.... worth a punt if you fancy trying something a bit different."
- COMPUTER MUSIC magazine, UK