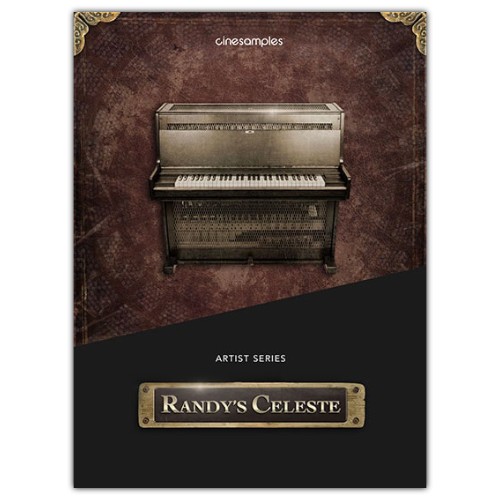 Randy Kerber is a composer, orchestrator and keyboard player, who has had a prolific career in the world of cinema. The recognizable celeste theme in “Harry Potter” composed by John Williams was played by Randy Kerber who developed a unique sound for the celeste that has been featured not only in “Harry Potter I, II, and III” but also “Minority Report”, “Catch Me If You Can”, “The Adventures of Tintin”, and “Warhorse”. 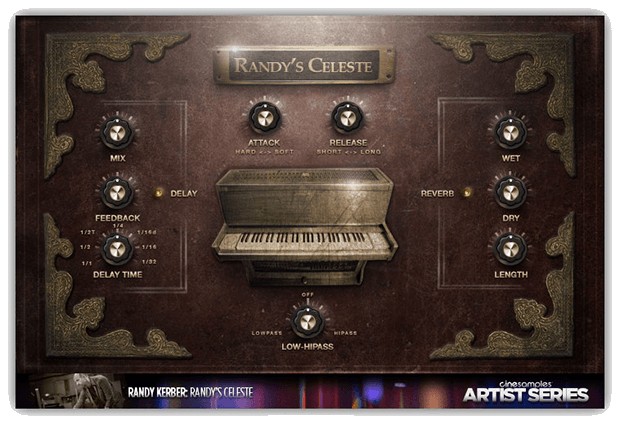 How “Randy’s Celeste” came into being: “I was asked to create a sound that would capture the magical personality of Hedwig, the Owl in Harry Potter. First, I called up an initialized voice patch on the DX-7 synthesizer to embody the soft character of the celeste. Next, I combined a sample of an actual celeste. After some manipulation of these two instruments, I was able to arrive at the unique sound you hear today.”

A LOOK AT THE INTERFACE

ATTACK
This knob offers control over the ‘attack’ of the sample. This is the initial moment you hear the sample. Turning this knob changes the attack speed offering a harder or softer feel of the instrument.