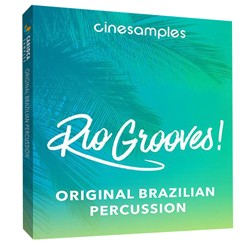 (3)
€ 169,-
$ 169.00
£ 151.57
hear
see
Update Required To play the media you will need to either update your browser to a recent version or update your Flash plugin.
Related products
Ratings
Requirements

Rio Grooves features an unparalleled level of flexibility offered by multi-microphone perspective balancing, seamless synchronization with your music, and preset MIDI files, all presented in a straightforward interface.  For the first time, producers, composers and musicians around the world can access the most versatile take on Brazilian rhythms. 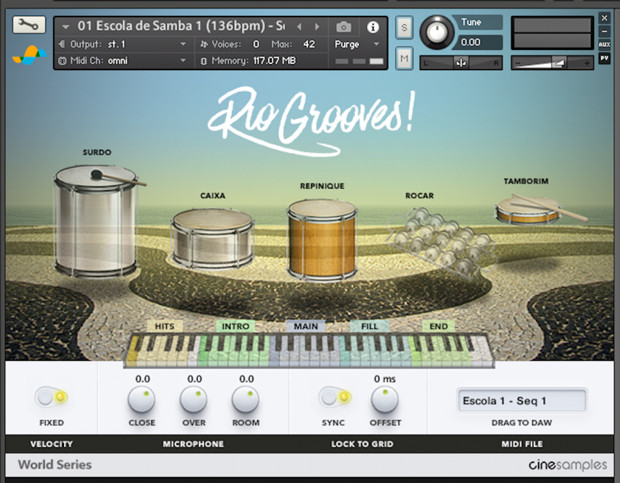 There are 3 categories of patches:

Rio Grooves! does not require you to purchase any additional sample playback software, and is licensed to work with Native Instruments' free Kontakt Player.  All you need is a sequencer like Logic, Cubase, Digital Performer, LIVE, Pro Tools, or Cakewalk, and you’ll be up and running.