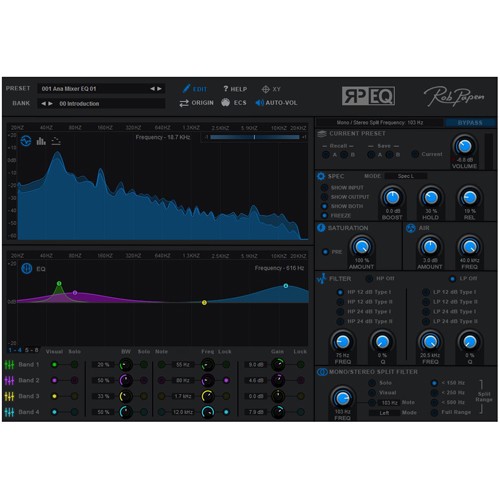 When you first open RP-EQ in your DAW software you will see that it is far from a basic bread-and-butter equalizer. Unique elements were added to the core equalizer unit. The toolbox includes a Mid/Side equalizer mode and Mono/Stereo split filter which is used frequently in modern EDM/Dance music styles.

The Air section is fantastic on your master channel and the proven X/Y Pad adds a dynamic and creative edge to an already very musical RP-EQ. In true Rob Papen style, RP–EQ comes with many great presets to get you started  and with the 'sound' of RP-EQ you will have a great go to plug-in for your  top notch music productions! 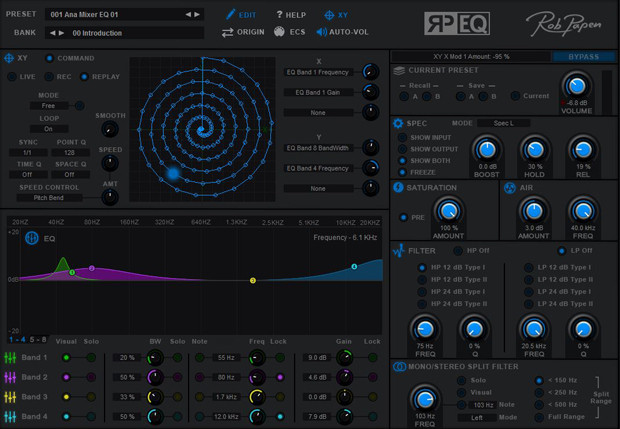