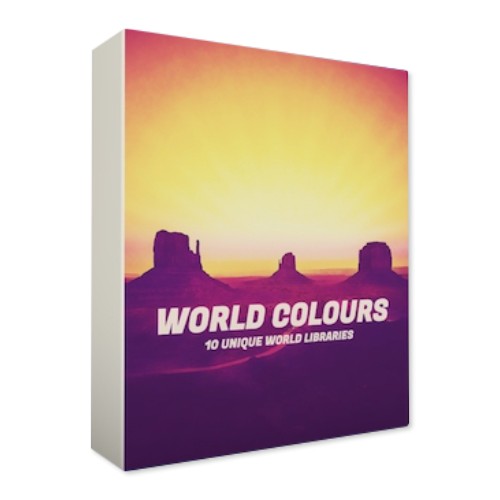 The collection contains Mideast Vocals I and II from different cultures of Middle East, Persian Vocals from the rich Iranian culture, India Vocals with multiple performers. These vocal libraries have solo playable vocals as well as unique performances captured from Middle East & India.

Ethnogroove, Ethnocinematic and Ethnoscapes libraries are shaped for film and game composing, giving access to playable unique sound colours and ambiences from around the world. The bundle contains further hard to find Hang Drum, Indian Flute and Whistle solo instruments with articulations.

All Solo Libraries in this Colleciton