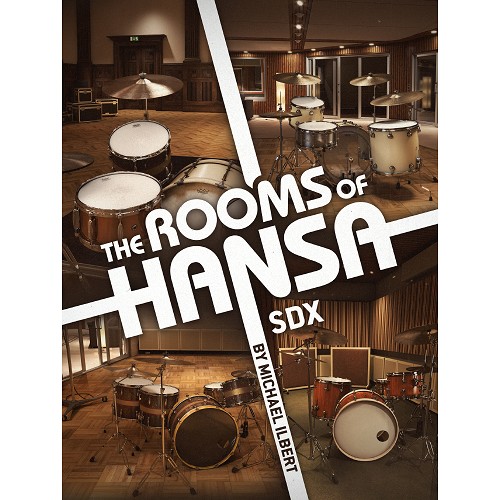 SDX The Rooms of Hansa

(2)
€ 149,-
$ 139.18
£ 133.61
hear
see
Update Required To play the media you will need to either update your browser to a recent version or update your Flash plugin.
Related products
More Info
Ratings
Requirements

The Rooms of Hansa SDX - A Wall Of Sound

Massive collection of drums captured in the 4 different rooms of the Hansa Tonstudio.

The Rooms of Hansa SDX features drums produced by Grammy Award-winning recording/mixing engineer Michael Ilbert in one of the most iconic studios currently in existence: the Hansa Tonstudio in Berlin, Germany. With a broad and handpicked collection of drums captured in all four available rooms on the studio premises, this SDX showcases an incredible width in regard to both tonal range and ambience.

Welcome to a unique collection of drums, all touched by the inimitable soul of a studio whose legacy is forever etched in music history.

Since its inception in 1913, the magnificent building on Köthener Straße No. 38 that houses Hansa Tonstudios and the iconic Meistersaal – just a stone’s throw away from Potsdamer Platz in Berlin’s Kreuzberg district – has served as a ballroom, a concert hall, a theatre and a place for the arts. However, what forever ingrained the spirit of this place in the fabric of our culture was neither of those things – it was the music immortalized between its four walls decades later.

The Meistersaal was first converted to a studio in 1961, the same year as the Berlin Wall was erected just shy of 150 meters from the building. But in wasn’t until the mid-’70s, when the Meisel brothers Tomas and Peter bought the building and restored it to fully meet the standards of a recording studio, that its true golden years under the Hansa Tonstudios monicker began. Since then, countless classic albums have been recorded and mixed inside the building – many of which literally changed the course of music history.

The Rooms & The Drums

For this SDX, our ambition was to represent the entire sonic scope of natural ambiences that Hansa has to offer. As a result, we scoured the land for the best-suited drums, captured all four rooms in the building and felt compelled to also blend in some elements recorded in the famous Hansa staircase. Combined, the sonic possibilities are endless – from tight, minimal and dry to big, reverberant and massive. 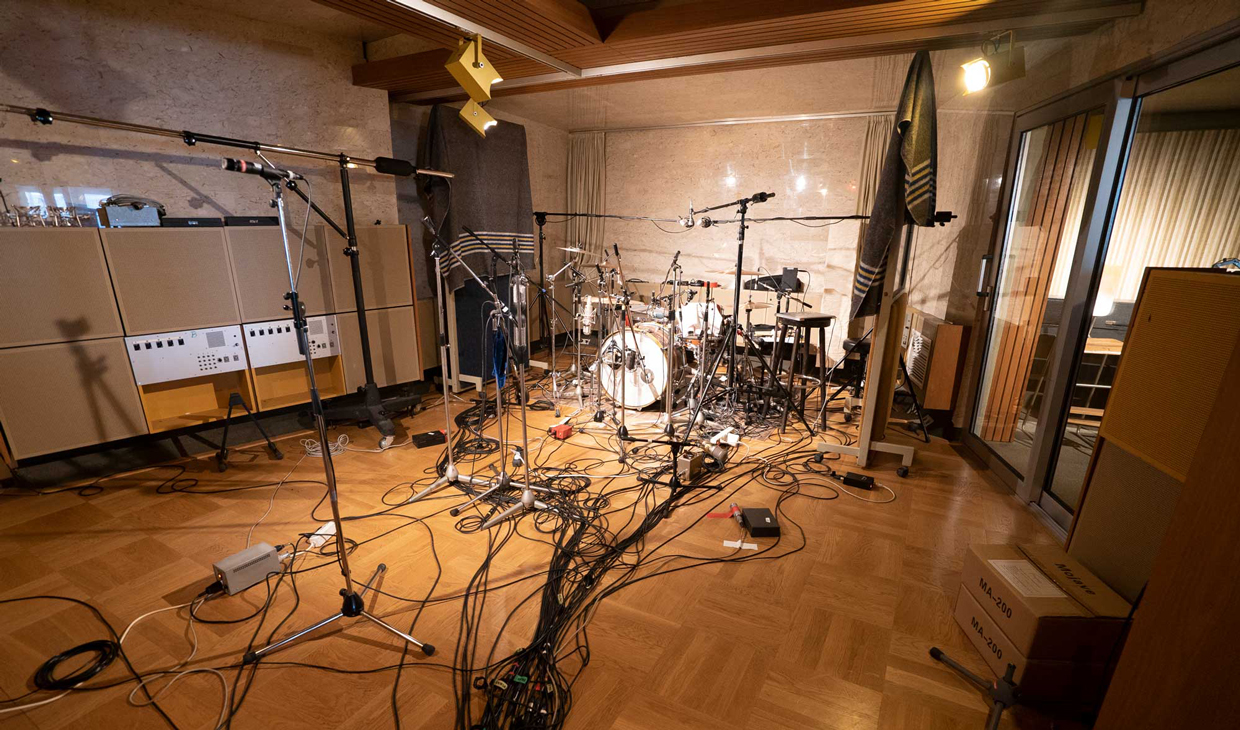 Contradictory of its somewhat moderate size, the reflective surface of the walls and ceiling of this “stone” room makes for an ambience that sounds huge. Luckily, the hardwood flooring effectively breaks up the diffusion and keeps the decay in check – making it the perfect ambience for controlled but still reverberant rock drums. In combination with the additional ambience channel recorded in the all-concrete environment of the adjacent Hansa staircase, you’ll be able to dial in drum mixes with an enormous and unique natural reverb. 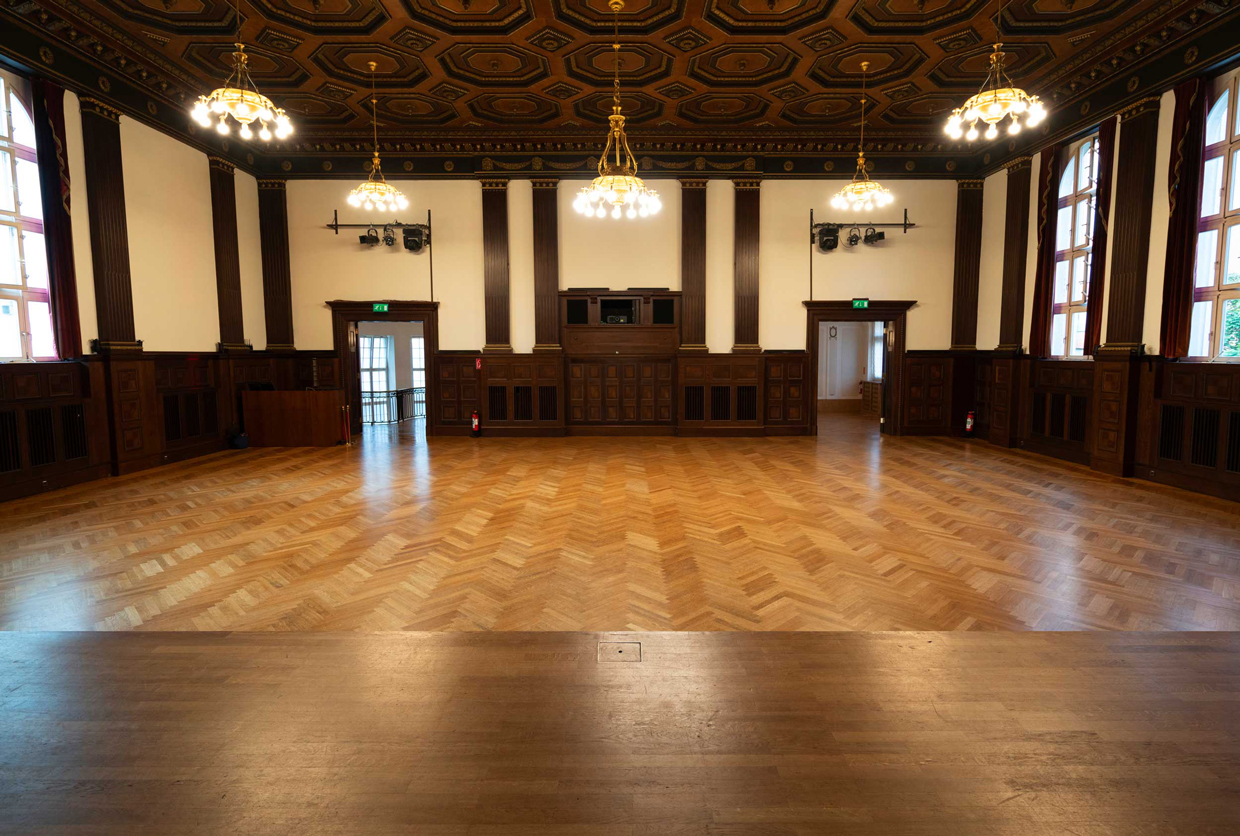 Located directly below the main/live space is the Meistersaal – the indisputable crown jewel of the Hansa legacy and arguably one of the most iconic recording rooms in the world. The majestic ambience of the Meistersaal can be heard on seminal works by the likes of Nick Cave, U2 and R.E.M., just to name a few. Still to this day, the Meistersaal remains a vivid Berlin landmark and is a common stop on guided tours of the city. Since this room no longer is officially an operational part of Hansa, the amount of projects recorded here are few and selected very carefully. However, with the help of Michael Ilbert and the owners of Hansa Tonstudios, we were given the unique opportunity to capture drums in this historic space.

This SDX would simply not have been complete without the iconic ambience and aura of the “Big Hall by the Wall.” The gear Michael used to capture the Meistersaal drums features a handpicked selection of U67s, extremely rare M50s and a whole array of V72 pre-amps, just to give a few examples. We also captured the room with a classic 5.0 surround microphone positioning setup with the addition of four extra height microphones, giving you even more surround possibilities. Furthermore, an additional amplifier was set up in the room to play back and enhance the low frequencies of bass drums and toms. 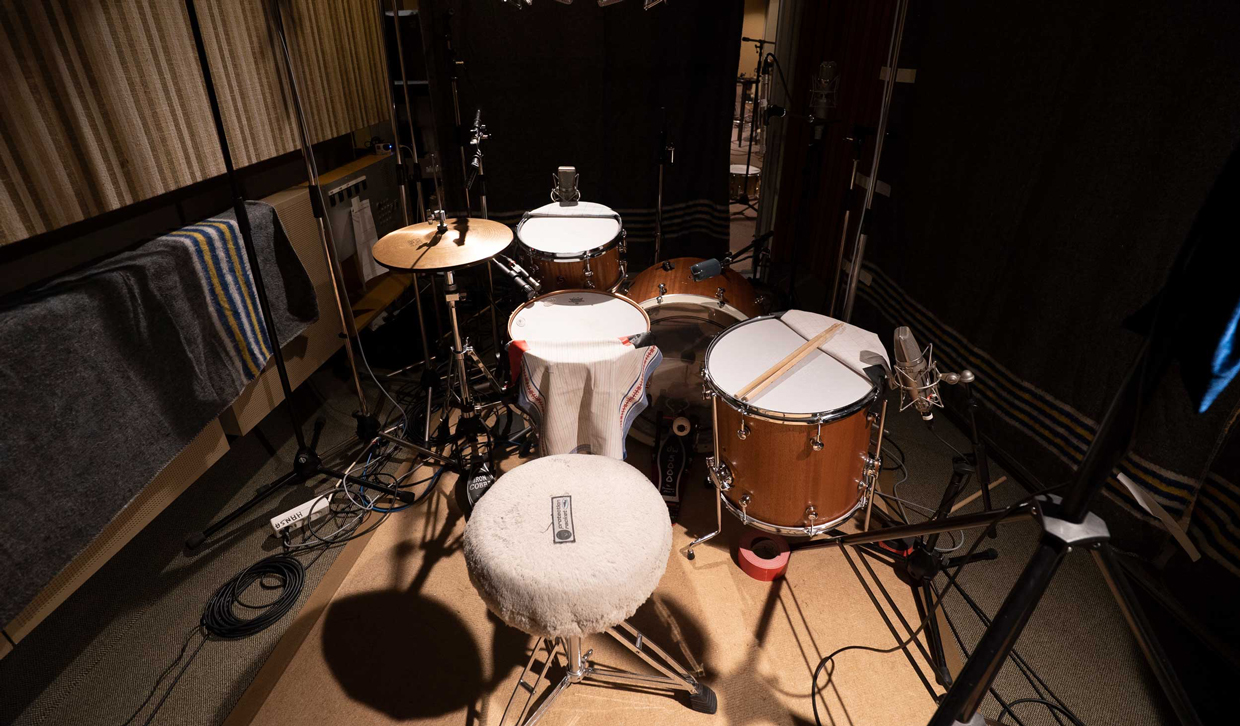 Although this room likely never was intended as a drum room, it has proven time and time again that if you’re after dry and muffled drum tones – this is where to get them. This room has a special something that pushes each instrument to the edge of the speakers without making it sound contained or claustrophobic. For beat-making, mixing and matching or hybrid kit creation, these drum tones are optimal – transparent, direct and dry but still very graphic in the mix. In other words: dead but very much alive. 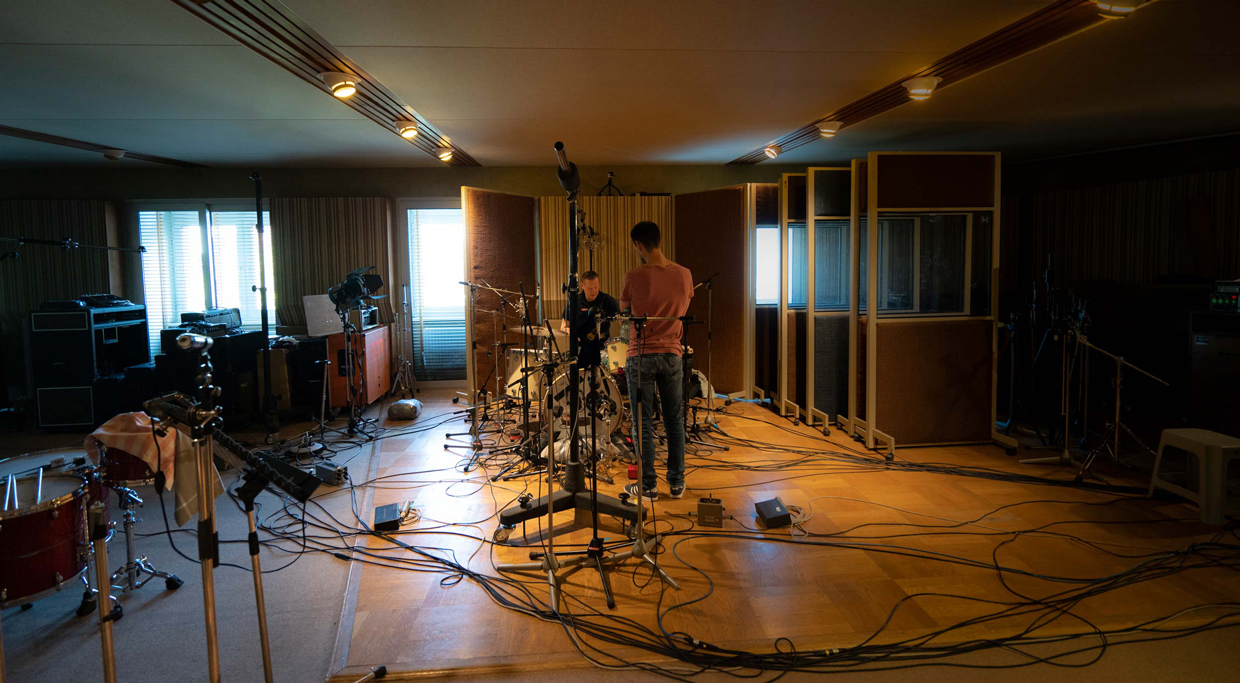 From the mid-‘70s and through to today, the cream of the crop of European and international artists have recorded timeless works in this room. In here, anything from insanely popular German schlager to pop, rock and metal has been captured. For drums, it’s a perfect room – spacious but with a relatively moderate ceiling height, making it ambient without sounding overpowering. Simply put, the definition of a perfectly crafted and versatile drum room.

From the onset of this project, both Michael Ilbert and the sound design team at Toontrack had a joint vision of not only focusing on finding the perfect drums for each room but also to make sure that the instruments had a close connection to Hansa, Berlin and Germany on a whole. “Knowing that Michael has a long working relationship with in particular Udo Masshoff, we knew we had the perfect way in with one of Germany’s premier instrument makers,” says Norman Garschke, sampling drummer and one of the initiators of this project. In addition to the prototype Masshoff kit, several unique Masshoff-built snares were also captured for this SDX. 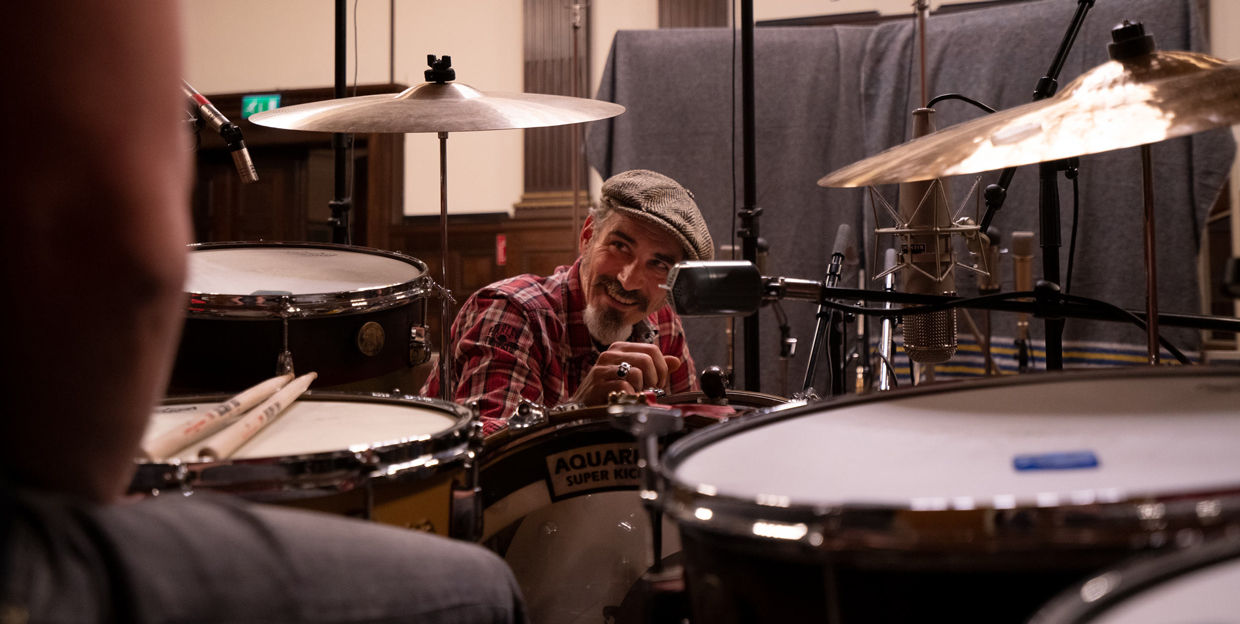 Another local brand that makes extraordinary drums is Wahan. Since 1995, the top-shelf instruments handcrafted by Wahan “Willy” Cherbettchian have made their way onto tons of records and been embraced by top drummers around the world. One of his absolutely most unique kits is of course the Supreme Classic Acrylic, solely made out of acrylic shells. We were lucky to sample this kit not only with a regular set of toms but also with four octabans built from the very same shell material. This kit even has a deeper story worth noting.

In addition to the German-made drums, this SDX also features many other carefully selected drums and unique instruments from around the world – perhaps most notably the cryogenically treated ones from the personal collection of Munich-based cymbal manufacturer Frank Gegerle.

Michael Ilbert has been recording and mixing records non-stop since the mid-’80s. His career began on the west coast of Sweden, working for rock, punk and up-and-coming pop bands of the time. The quality of his work quickly transitioned into gigs in the mainstream realm with productions for the likes of Roxette and many more. Since 2007, Michael works out of his own room at Hansa, delivering mixes back to back for the absolute top tier of the industry. Some of his recent recording engineering work includes Grammy Award-winning records for Adele and Taylor Swift, to name but a few. With a background in recording and mixing anything from punk and metal to electronic pop, his experience is enormous – something that shines through in the broad range of sounds and engineering techniques that The Rooms of Hansa SDX presents. 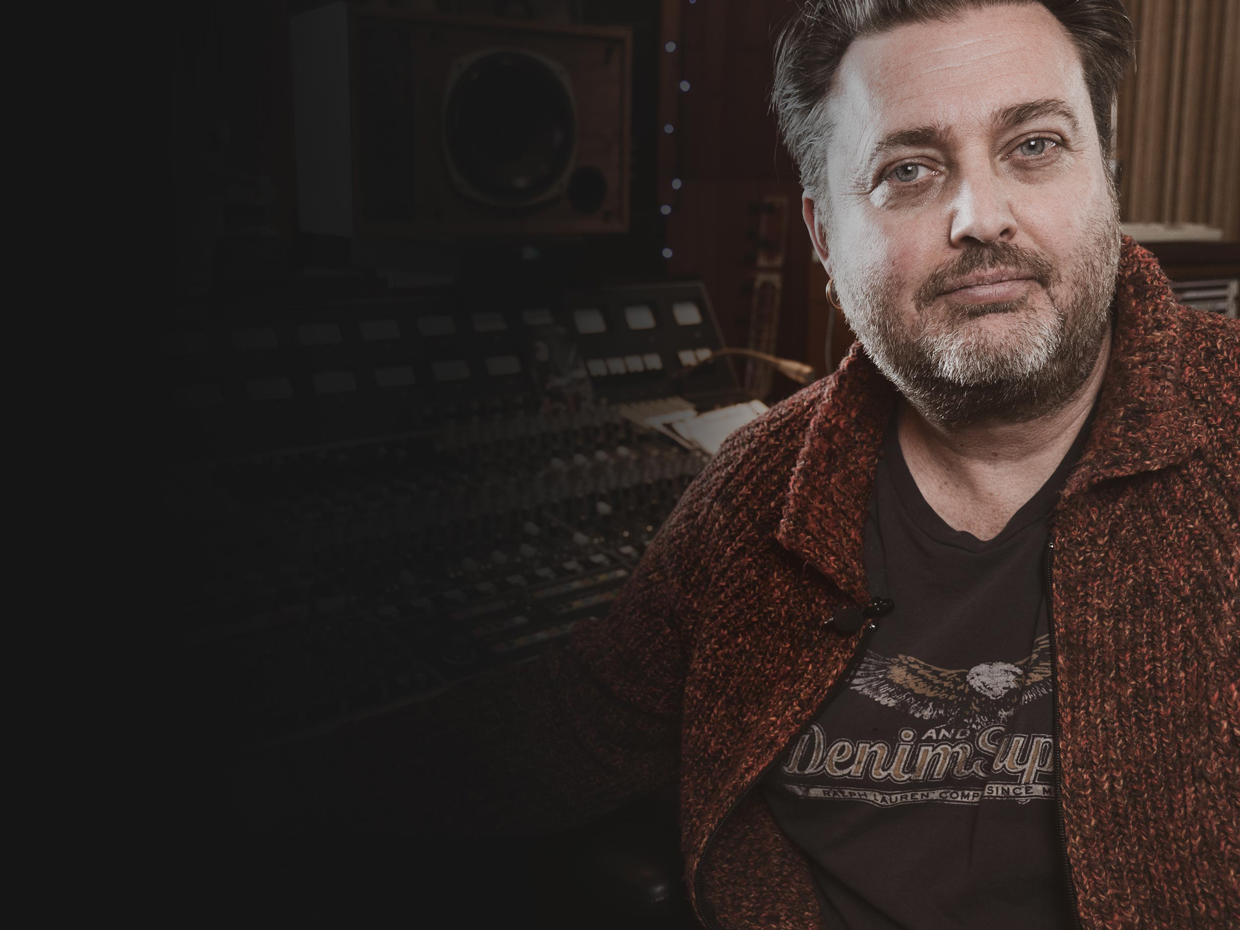 To us, sampling sounds for an SDX is more than merely recording instruments. It is the craft of capturing the essence and every unique voice of each instrument to give you, the user, the ability to produce limitless and stunningly real performances. 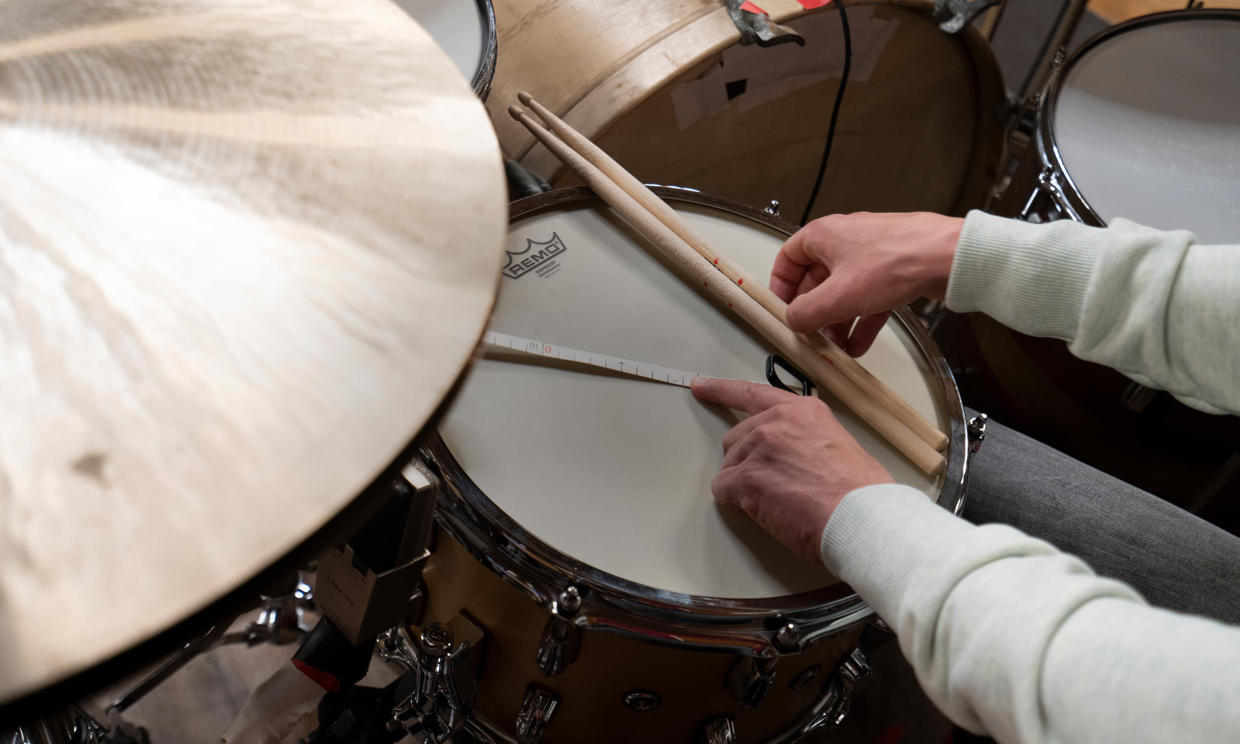 To inspire and enable you to make music instantly, The Rooms of Hansa SDX includes a broad range of mix-ready presets showcasing the different rooms, kits and expansive width of styles the included drums can be used for.

To give you the perfect battery of grooves and fills to get you started on your journey through this SDX, Michael Ilbert and drummer Norman Garschke weighed in not only the rich history of records recorded at Hansa but also what type of grooves would work the best for each room, the different kits and the era or style they best represent. Each room has its own designated library of MIDI, making it easy to call up a groove, a kit and a preset that all harmonize perfectly both on a sonic and a performance level.

With our custom made boxed/shipping version the approx. 122GB large Library Installer is delivered on a 2.5" USB 3.0 portable hard drive - nevertheless the download license will be registered to your user account already before shipping!