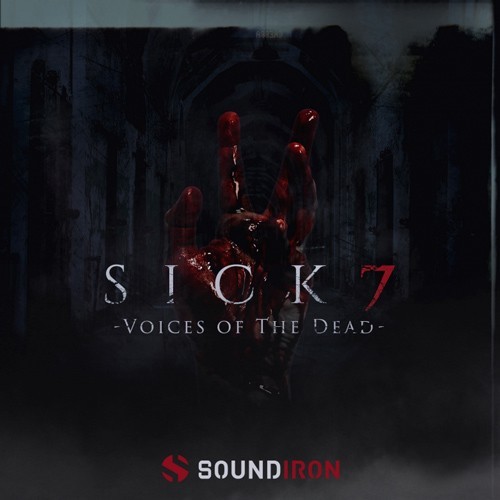 This huge collection features 6 unique creatures and 5 classic human NPC (“Non-Player Character”) voice over sound-banks, organized into 38 important gameplay event categories, each including a wide variety of alternate round-robin takes and style variations to choose from.

It’s got everything you need, including screams, chokes, falls, get-hits, growls, breaths, jumps, laughs and much more. Whether you’ve got a litch king miniboss that needs to fearsome hiss or a few red-shirts ready to report for interstellar cannon-fodder duty - perfect for instant horror and action video games, films, ads and animation.

The bunker percussion bank includes 27 deep, resonant metal impact percussion articulations. Soundiron wanted to capture that tense, intimate and foreboding feeling for this industrial percussion ensemble, so they worked with bare hands and boots on location at a variety of derelict bunker facilities and recorded right up close at the impact point to fully soak up the ambience and deeper vibrations as they move through the inner recesses of these abandoned and decaying relics of wars past.

For the sound designed atmospheric and tonal instrument content, they decided to have a little fun and get weird. They assembled a huge assortment of creatures to create their “Choir Of The Dead” chorus and 13 distinct chromatic creature sing/scream sustains.

The full retail version of Native Instruments Kontakt version 5.5.2 (or later) is required to use .nki instrument presets included in this library. The free Kontakt "Player" and "Add Library" import process do not support this standard open-format Kontakt library.