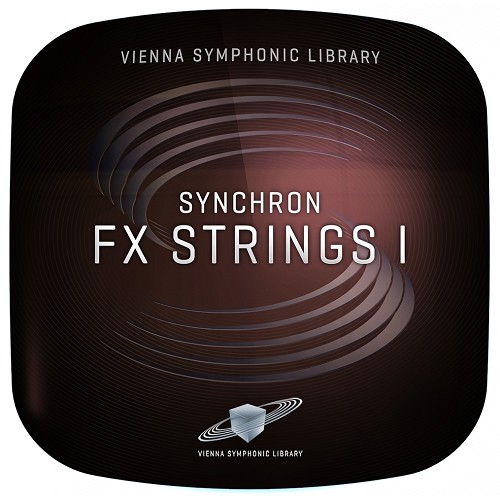 (2)
€ 295,-
$ 322.00
£ 260.00
hear
see
Update Required To play the media you will need to either update your browser to a recent version or update your Flash plugin.
Related products
More Info
Ratings
Requirements

Synchron FX Strings I is our most daring strings library to date, recorded with the signature ambience of our newly refurbished scoring stage, Synchron Stage Vienna. For the first time in Vienna Symphonic Library’s long history of developing sample libraries, this Collection includes production-ready musical textures and loops using a 50-piece string orchestra, enabling you to create everything from ethereal, spheric soundscapes to pulsating melodic ornaments, suspense clusters and aggressive strikes! 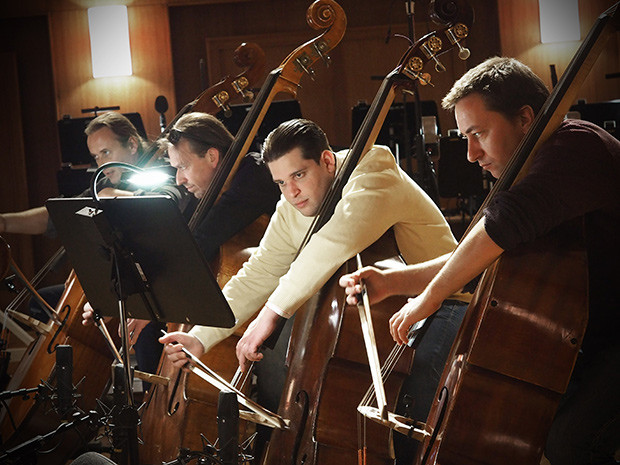 Synchron FX Strings I is an infinite source of inspiration and a fantastic tool for designing entire worlds. Easily create effects and soundscapes by holding one or two keys, and add variety and changing colors by moving pre-configured controllers. We captured unique sounds and playing techniques that have never been sampled before. Where other products quickly reach their intrinsic limits, your musical journey into previously unheard sonic worlds is just beginning with Synchron FX Strings I.

Whereas Vienna’s excellent musicians usually avoid experimentation during sampling sessions, in this case they were asked to cast aside convention and go far beyond their normal limits. The result is a treasure trove of tonal and atonal textures and elements that you may blend effortlessly for creating your very personal, unique sound. All varieties and combinations are easily accessed with the new Vienna Synchron Player. Synchron FX Strings I is not limited to orchestral applications but can be used in any contemporary genre and style, such as Ambient, Alternative, EDM, World and many others.

Synchron FX Strings I comes with our dedicated Synchron Player that incorporates a brand new audio engine built from the ground up. It provides unprecedented streaming performance and a new level of sophisticated simplicity – just step through the articulations, select their variations and explore how the pre-configured controllers (Density, Bow Style and Velocity Crossfade) affect the loaded preset. 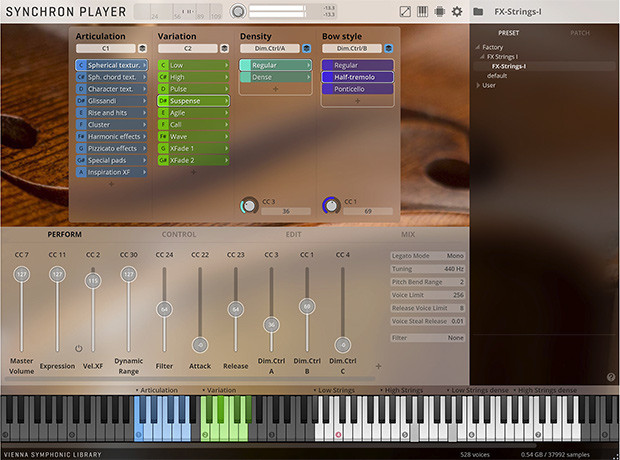 The Synchron Player also includes an internal mixer with 5-band EQ, individual delay settings for runtime compensation, algorithmic reverb, phase switching and panorama controls. It runs under Windows and Mac OS X as a VST, AU and AAX Native plug-in in your DAW.

We spared no effort recording Synchron FX Strings I, using dedicated close microphones for each player of the string orchestra. For easy handling, you have quick access to six stereo down-mixes of these individual close mic signals (Violins 1 & 2, Violas 1 & 2, Cellos, Double Basses). Due to the comprehensive selection of further stereo and room mic arrays you can create your individual string ensemble sound in stereo, 5.1 surround, or even 9.1 immersive audio format, using the player’s full-fledged mixer. 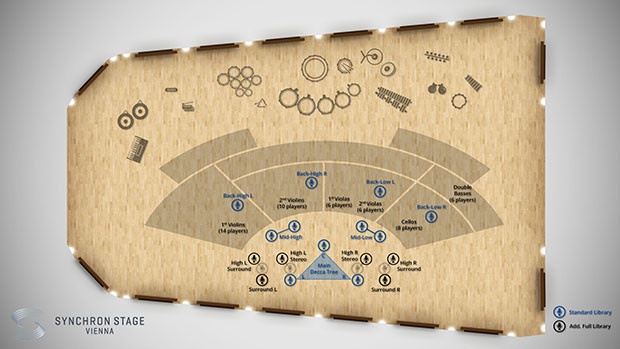 The preset patches are organized in ten categories. By using our pre-configured controllers you may adjust the “bow style” and “density” in real-time, e.g., for building up tension by gradually blending from basic to more complex and agile variations of one of the same pattern..

The spherical chord textures are based on the “Alpha chord” that is composed of two symmetric layered diminished seventh chords, with a whole tone gap in between. In Synchron FX Strings I this chord is featured in its basic form (on center key “C”) and in two inversions.

The notes of the alpha chord are derived from an alternating octatonic (eight-note) whole step-half step scale:

The whole step-half step (or “diminished”) scale was first found in 20th century music, particularly in the music of Béla Bartók, Alexander Skrjabin and Olivier Messiaen, e.g., in his magnum opus, the “Turangalîla” symphony. Messiaen described this scale as the second mode of his seven “modes with limited transpositions”, as it can only be transposed three times (the fourth transposition would already be a repetition). Apart from the above-mentioned composers, the scale is frequently used in Jazz music.

About the composer, orchestrator and conductor 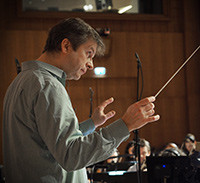 Born and raised in Vienna, composer and conductor Johannes Vogel graduated from the Vienna University of Music and Performing Arts as a percussionist with honors. He started his career as a musician with the Vienna Philharmonic, the orchestra of the Zürich opera house, and the Camerata Academica Salzburg. As a composer, his film and TV music projects include the MGM/Paramount production “Hercules” with Dwayne Johnson, Guillermo del Toro’s “Crimson Peak”, “The Colony” with Emma Watson and Daniel Brühl as well as numerous episodes of the German TV series “Der Bergdoktor”. Since 2016 Johannes Vogel has been the principal conductor at Synchron Stage Vienna, with most of the film music productions at Vienna’s new scoring stage recorded under his baton — including scores by Hans Zimmer, Harry Gregson-Williams, Rupert Gregson-Williams, Lorne Balfe and many others. 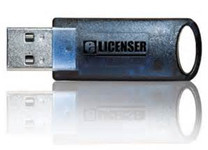