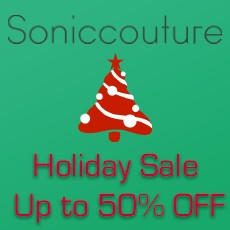 Save up to 50% on all Soniccouture Libraries until December 31st!

The prices shown are reduced already! 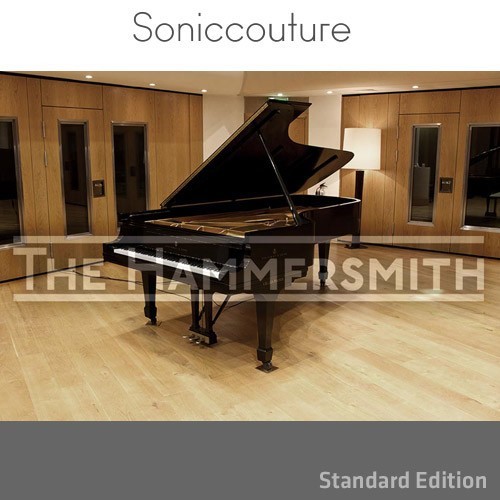 (6)
€ 49,50
$ 59.50
£ 44.50
hear
see
Update Required To play the media you will need to either update your browser to a recent version or update your Flash plugin.
Related products
More Info
Ratings
Requirements

"..It might be. Pianos are very personal.
There is always another 'greatest': more samples, more articulations, more tricks.
But this one is ours, the way we wanted it.
We think it's smoother to play, cleaner-sounding and a bit more real than any other sampled piano out there.
We hope you agree."

Hammersmith with a mic channel expanded: from here you can switch the mic choice via the drop down menu, EQ the sound and adjust envelope parameters.

TAILOR IT TO YOUR TOUCH

All players and all MIDI keyboards are different.
Hammersmith will learn how you play your keyboard and create a custom velocity curve just for you.
Tweak it further, add some randomness, or even compress the velocity curve - it's up to you.

British Grove is Mark Knopfler's recording facility in Hammersmith, West London. Built in 2002 to represent the state of the art both in digital and analogue recording, there is no better studio in the UK. The recording room is large with a double height ceiling, and a very clear, pure acoustic. 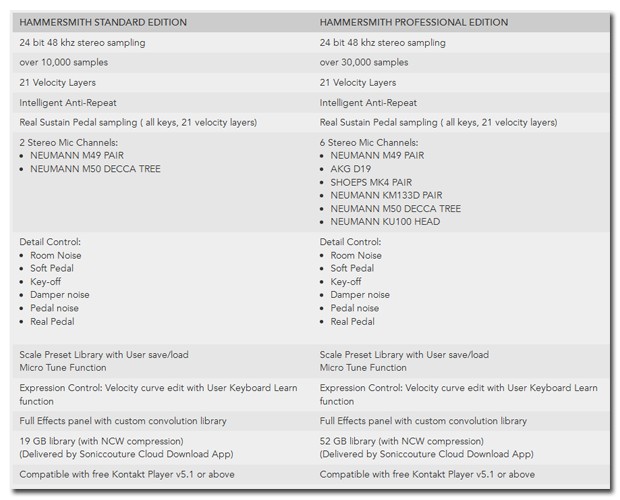 The minimum required Kontakt version for this product is stated in the product description.

System Requirements for the latest version: