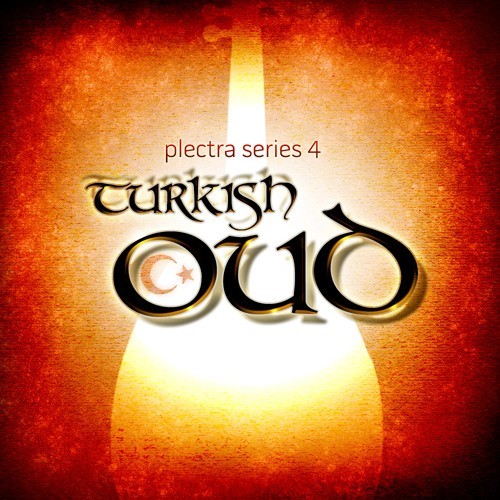 This Kontakt library, produced by Dimitris Plagiannis, sets a new standard for depth, playability, and realism in non-Western sampled instruments. Impact Soundworks are delighted to present Plectra Series 4 - the most realistic and playable virtual oud ever released.

The history of the oud extends back to antiquity, having been referenced in writings over 1,000 years old. It is a fretless, stringed instrument that has been used in both Middle Eastern and European music for many centuries, and is now played all over the world. The instrument we sampled is a custom-made, double soundboard Turkish oud by Faruk Türünz. The instrument was performed by Stelios Varveris and recorded with pristine Neumann & AKG mics through an SSL console in a treated studio room. 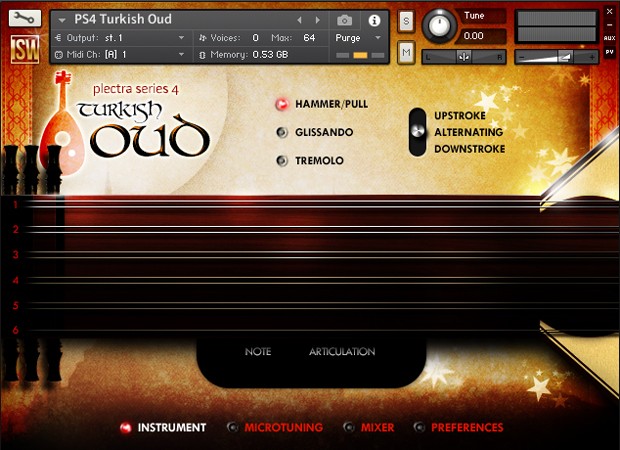 The goal in creating this library was to produce an incredibly intuitive instrument that simply sounds great out of the box. The powerful script engine seamlessly voices notes and chords - no complex keyswitches required. Advanced users can delve into the gorgeous, inspiring user interface for custom mix controls like microphone blend, EQ, compression, and reverb, and microtuning presets can be used to achieve incredibly authentic performances. 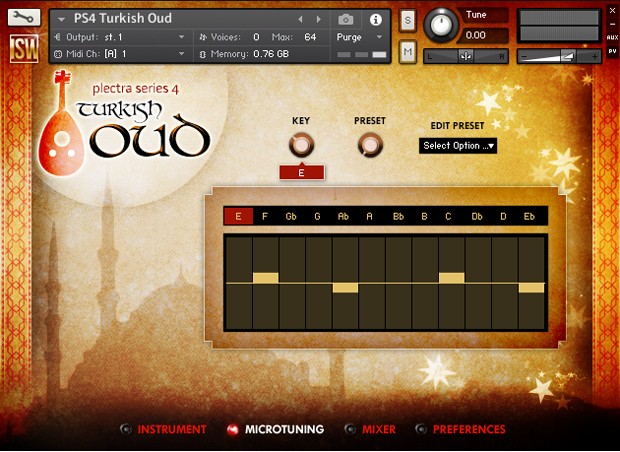 The instrument also boasts a powerful microtuning engine, with adjustments of up to a quarter tone per note. This page includes a dropdown menu with preset tunings of various authentic tuning styles. Additionally, you can change the root note of your microtuning configuration, and if instead of prepared tunings, you wish to invoke microtuning on the fly, you can simply turn the key knob to the "custom" setting; this will enable bottom octave latching keyswitches for on-the-fly microtuning. In this mode, all notes that are microtuned are tuned down a full quarter tone.