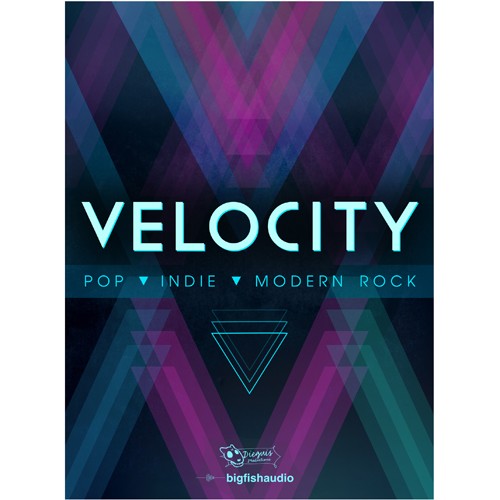 € 129,-
$ 129.00
£ 116.21
hear
see
Update Required To play the media you will need to either update your browser to a recent version or update your Flash plugin.
Related products
Requirements

This massive 10 GB collection of Pop, Indie and Modern Rock is a celebration of groups like Temper Trap, Young the Giant, The Head and the Heart, The Killers, Band of Horses, Twenty One Pilots, Panic at the Disco and many more and is the perfect choice for TV Commercials, TV Music, Documentaries, Video Games and Contemporary Pop Music.

Velocity contains 15 kits packed full of 100% real instruments including electric guitars, acoustic guitars, bass, drums, bells, pianos, keys and so many more. Each and every kit in Velocity also contains multiple song sections (Intro, Verse, Chorus, Bridge/Breakdown, Turnaround, Outro and more) allowing for virtually unlimited options and providing you everything you need to tweak to your hearts content.

Velocity Kontakt version is part of the KLI Series and includes a custom user interface with various features to help make it easier to customize the included loops and sounds exactly how you want. You'll find all loops automatically sync to your host tempo.

The full version of Kontakt 5.5.2 or higher is required to use the KLI version of this product.  This product does not work with the free Kontakt player.