“Since I’m working in Hollywood it requires a vast library and that’s why VSL is really useful.”

“To have the magic of a full orchestra in breathtaking 3D sound at your fingertips is the best luxury someone like myself could hope for. Thank you VSL for an amazing product.”

“Vienna Symphonic Library has been the center of my orchestral sample library for several years now. I go to their library first every time I create an orchestral template when I´m beginning each film I score. And my demos sound great. I recommend this library to anybody getting into film scoring.”

“Using Vienna Instruments puts authenticity into your pallet of sounds.”

“Vienna Symphonic Library is way ahead of the curve in terms of their sounds and their software; the combination of both musical expression and technical excellence is truly superb and unrivaled“ 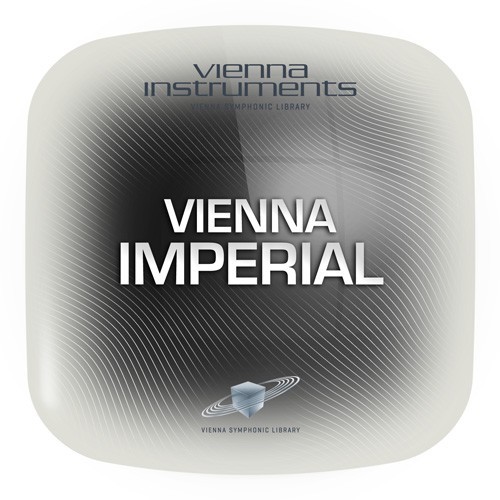 (7)
€ 295,-
$ 322.00
hear
see
play
Update Required To play the media you will need to either update your browser to a recent version or update your Flash plugin.
Related products
More Info
Reviews
Ratings
Awards
Endorsements
Requirements

The most realistic sampled piano ever created

The new VIENNA IMPERIAL virtual grand piano is a class of its own. The venerable Bösendorfer Imperial 290-755 that the Vienna team hosted at the Silent Stage for two months was equipped with the famed piano manufacturer’s CEUS technology, which allowed for the most precise and by far most extensive piano sample recordings ever conducted in the history of music technology. 1,200 recorded samples per key represent a magnitude of sampling detail that has been unthinkable up to now.

The innovative implementation of meticulously recorded pedal-up and pedal-down notes in up to 100 velocities, comprehensive sympathetic resonances, and multiple release samples make the Vienna Imperial quite honestly the most realistic sampled piano ever created.

No less importantly, the Vienna Imperial is so easy to use. The Basic View of the user interface lets you choose between three recording positions (close, player, and audience). The Advanced View gives you quick and easy access to more control options such as convolution reverb, EQ, pedal noises, sympathetic resonances, stereo width, MIDI sensitivity and more. But don’t get fooled by the slick interface – under the hood is a new proprietary piano engine that has been specifically designed to drive this massive amount of sample data and processing power. And when all is said and done, it boils down to how it sounds. Dare we say, the “Passion of the Grand” has never been more real. 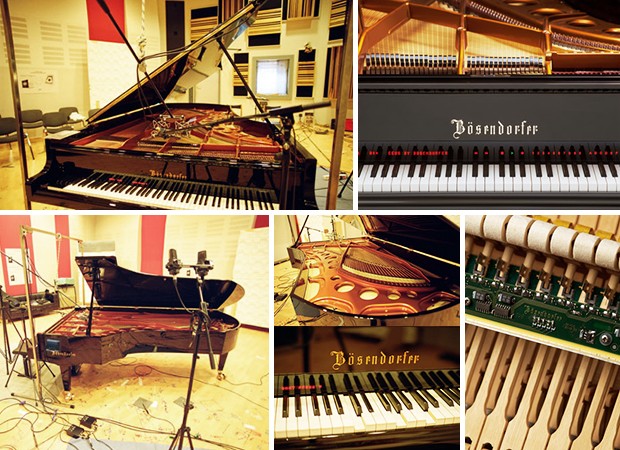 Your purchase also entitles you to download the free Vienna Ensemble 2 mixing and host software.
The Vienna Imperial Collection is not divided into Standard and Extended Libraries like other Vienna Instruments Collections. The Standard package includes the full set of samples along with the software instrument/engine. The Library contains 500 GB of uncompressed sample data in 44.1kHz/24-bit. Due to a specifically developed optimization process, the Vienna Imperial engine decompresses the samples in real-time, so that they take up only 50 GB of space on your hard disk.

The CEUS computer grand is capable of recording even the most subtle key movements and positions using microprocessors and highly sensitive optical sensors. It plays those recorded notes absolutely identically using solenoids installed under every key. Far exceeding the limits of any other system, the CEUS measures the velocity of the hammer on its way to the string just before striking it (a distance of just 0.15") with an accuracy of 0.0001 milliseconds, and even records and exactly reproduces the key movements after every strike.

The CEUS technology made it possible to exploit the velocity range of the MIDI protocol to an unprecedented degree. Up to 100 velocities were recorded per key and playing technique, i.e., with and without pressing the sustain pedal, and alternatively with the soft pedal down. There are simply no audible steps between the singular velocity layers, and every single key has its own authentic velocity curve. These precise recording techniques would have been impossible without Bösendorfer’s CEUS technology. No human pianist, no matter how skilled, would be able to play 100 evenly spaced velocities from pianissimo to fortissimo, not to mention playing them consistently across all playing techniques such as sustain pedal or soft pedal down.

Bösendorfer’s computerized grand also allowed for another innovation, the recording of perfectly timed release samples, depending on the length of the note played by the user. In particular, the releases of very short notes, with lengths between 100 and 1,000 ms, were recorded in subtly gradated steps, because in this range the length of each held note most affects the volume and sound of the release. Therefore the Vienna Imperial can reproduce release sounds very authentically, most audibly when playing short staccatos in the lowest range.

The dedicated piano engine supports sympathetic string resonances. There are two variants, sympathetic resonances of individual strings (pedal-up) and of all non-damped strings (pedal-down). The first case covers the overtone resonances of each individual string reacting to other keys being played. An algorithmic solution recreates what happens in a real piano, based on a bank of carefully tuned resonance filters. The amount of this resonance can be adjusted with the Sympathetic Resonance parameter. In the pedal-down case, the sound of the whole piano with all its resonating strings reacting to a given key has been captured.

The elaborate positioning of microphones allowed for the sound to naturally evolve and spread, but minimized capturing the sound of the room. Therefore the Vienna Imperial remains flexible and can be placed easily in any virtual environment you may choose. You may select between three microphone positions, resulting in three different sonic basis points and lending the Vienna Imperial well to orchestral music, romantic ballads, contemporary pop and rock tracks as well as jazz performances.

Each of the three positions is a different mix of several microphones, carefully positioned to provide a well-balanced, phase coherent, and accurate overall sound.

The audience position exhibits the most room ambience, as is needed when recreating the sound of a concert recording. The sound of the Bösendorfer Imperial develops naturally and is well balanced throughout.

This position recreates the sound a pianist would be hearing when playing the instrument. The perspective offers a present and broad sound that can be mixed superbly into contemporary productions and modern tracks.

Close – Microphones placed in the body?

This microphone position, with its clear, distinctive, and voluminous tone, is suited for all modern applications that need a direct and focused sound.

"Vienna Imperial is one of the most consistent sampled pianos we've ever tried and will delight those who can afford it."

Normally during my conclusions I ramble on endlessly, and finally get to some sort of a point after much hamming-it-uppery. Not this time: the Vienna Imperial is the very best – without question – piano plug-in I’ve ever had the privilege of using, and if you have the necessary RAM to deal with something of this size, I urge you, no, command you to go out and buy it immediately. The second you hear even the first few notes, you’ll undoubtedly understand why.

“Since I’m working in Hollywood it requires a vast library and that’s why VSL is really useful.”

“To have the magic of a full orchestra in breathtaking 3D sound at your fingertips is the best luxury someone like myself could hope for. Thank you VSL for an amazing product.”

“Vienna Symphonic Library has been the center of my orchestral sample library for several years now. I go to their library first every time I create an orchestral template when I´m beginning each film I score. And my demos sound great. I recommend this library to anybody getting into film scoring.”

“Using Vienna Instruments puts authenticity into your pallet of sounds.”

“Vienna Symphonic Library is way ahead of the curve in terms of their sounds and their software; the combination of both musical expression and technical excellence is truly superb and unrivaled“ 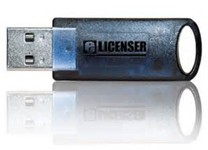