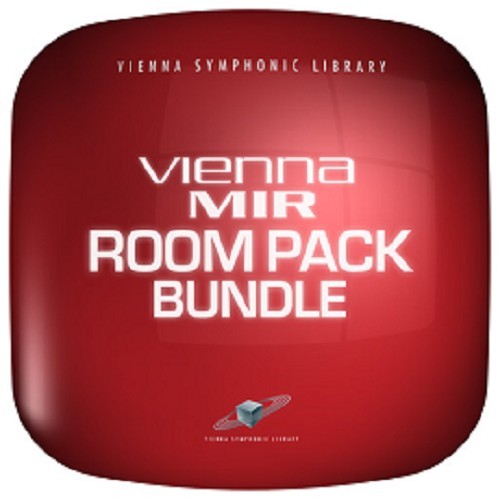 Vienna MIR RoomPack 1 “Vienna Konzerthaus”
The Vienna Konzerthaus, one of the world’s preeminent concert buildings, enjoys undisputed acclaim for its unique acoustics. RoomPack 1 includes a staggering 11,000 impulse responses from four halls, plus its grand foyer, that have been recorded exclusively for Vienna MIR PRO / MIR PRO 24.

Vienna MIR RoomPack 4 “The Sage Gateshead”
RoomPack 4 is dedicated to “The Sage Gateshead”, UK’s landmark building in the northeast of England. Its two large concert spaces and the Rock Foundation Hall (a smaller performance and rehearsal hall) have been captured with more than 14,000 impulse responses for Vienna MIR PRO / MIR PRO 24.

Vienna MIR RoomPack 5 “Klosterkirche Pernegg“
Pernegg is a small village situated in the north of the “Waldviertel” region (Forest Quarter) of Lower Austria, near the Czech border. The history of Pernegg’s monastery dates back to the second half of the 12th century when Premonstratensian nuns resided there. Its well-fortified “Saint Andrew” church was built between 1500 and 1520 at the center of this complex, as excavations and the uncovering of frescos proved during the building’s first restoration in the 1960s (after being heavily damaged in the last months of World War II). The organ by Michael Prackh was installed in 1654 and is still in use today.

Vienna MIR Room Pack 6  "Synchron Stage Vienna"
RoomPack 6 features spatial models of the newly revitalized Synchron Stage Vienna.
The historic facility was originally built in the 1940s, adjacent to Rosenhügel-Filmstudios as part of “Film City Vienna”. Until 1955, numerous film scores were recorded in the main hall (Stage A) that is large enough to accommodate a 130 piece orchestra. During the 1960s, eminent classical artists such as Karl Böhm, Herbert von Karajan, Yehudi Menuhin, Sviatoslav Richter and Mstislav Rostropovich chose the outstanding acoustics of this former “Synchronhalle” for their now-legendary recordings.

Product activation
This Instrument requires an eLicenser compatible Key for activation of the software (by Steinberg, formerly Syncrosoft)!
This USB protection device is not included in the box of this collection, it is a separate item you have to buy additionally. Each eLicenser dongle can store many product licenses - so it has to be purchased only once.
Additionally an internet connection on any computer is required to authorize the product.