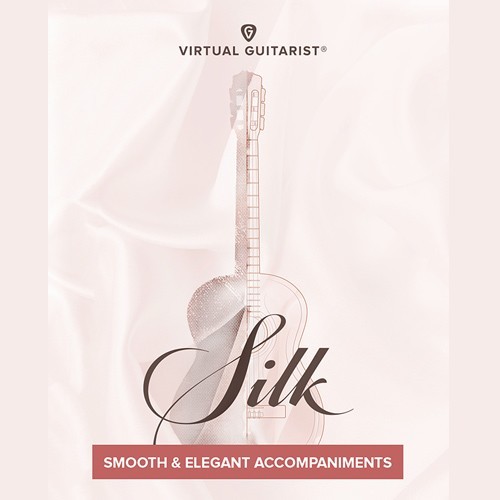 SILK is a concert guitar accompaniment virtuoso. Elevate and decorate your songs with more than 60 Styles, and 670 Phrases, multiple microphone positions, and custom effects.

The team behind the Virtual Guitarist Series recorded SILK with a precious, mint condition German concert guitar built by a renowned instrument maker master in 1967. The custom in-phase recording and editing techniques and a customized channel strip provide you access to sophisticated microphone set-ups and full control over play position and sound character. 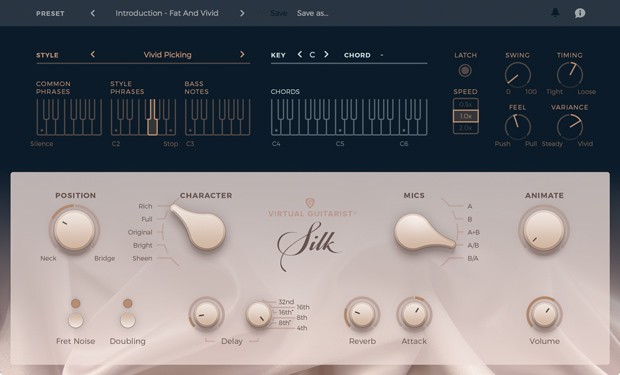 About the Virtual Guitarist Series

After SPARKLE, which specializes in chords, octaves and single note riffs, SILK is the fourth instrument of the series, which is not just an evolution of the original, but a whole new generation of Virtual Guitarists. With an all-new concept and technology Virtual Guitarist instruments now offer vastly expanded realism, musical and sonic capabilities with the same ease and speed of use the legacy instruments were so famous for.