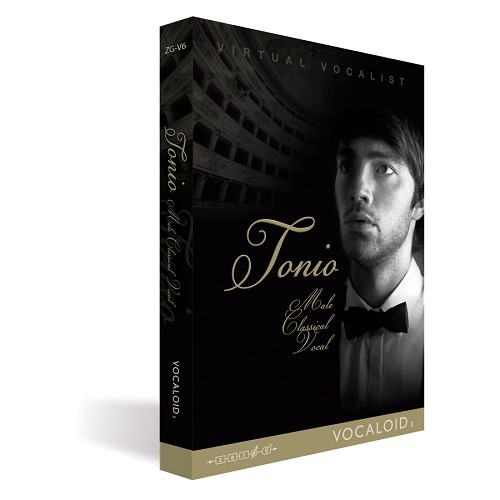 TONIO is modelled on the actual voice of a professional male classical singer.

Once TONIO is installed into your PC he will allow you to create synthesized singing of unprecedented quality and remarkable realism.

MIKE OLDFIELD is just one high profile artist who has used Vocaloid to add a new dimension to his music (for example the Vocaloid sound is a key element in his album "Light & Shade" - check out the hauntingly hypnotic single he released from it, "Surfing").

With a vocal register that covers both baritone and tenor TONIO has a voice that will satisy the most demanding of compositions. .

Tonio has a voice that is full of unmistakable character, colour and charm. He will hit those high notes every time with perfect accuracy..

Whether it´s soaring leads, harmonies or backing vocals, Tonio can sing any word from the English language (and other languages too with a little work).

Tonio is also very well suited if you want to be adventurous and experimental, since his voice can be easily modified and shaped in many ways.

In addition to singing any words or combination of syllables or phonemes you can imagine, TONIO will spread any sustained vowel (or voiced consonant) across as many notes as you like, with perfect legato. You can select from several different natural vibrato types and drag and drop your chosen type to any note or notes, and control the time-position and amount of the vibrato.

And that´s just the beginning - you have control over all of the following parameters, which you can bring to bear on any part of your creation:

VOCALOID2 is a new version of VOCALOID, which includes major improvements in usability and synthesis quality. Here are the key features:

* A much more realistic and natural sounding vocal: The synthesis engine of VOCALOID2 uses a different signal processing technique from Version 1, creating a clearer and more natural vocal.

* Realtime Keyboard Performance (VST Instrument): Written lyrics can be assigned a note by touch of a keyboard. Now you can "sing" using a keyboard.

* Note auditioning: If you press a note, singing with lyrics and pitch will be assigned to the note. Instantly check lyrics and notes.

* Transparent control track: Control track for controlling timbre is transparent, so you can check two parameters at once.

* Toggling between Playback and Rendering You can specify playback/rendering mode for each track. By rendering the finished track, you can reduce CPU load in playback. Maximum number of tracks is 16.

* Expression control: You can easily specify musical expression (attack and vibrato) with this intuitive user interface. 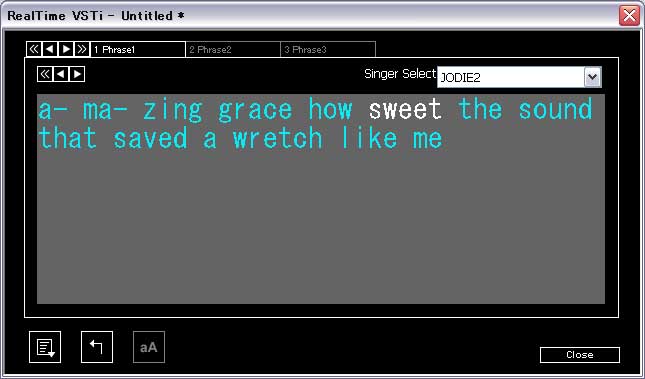 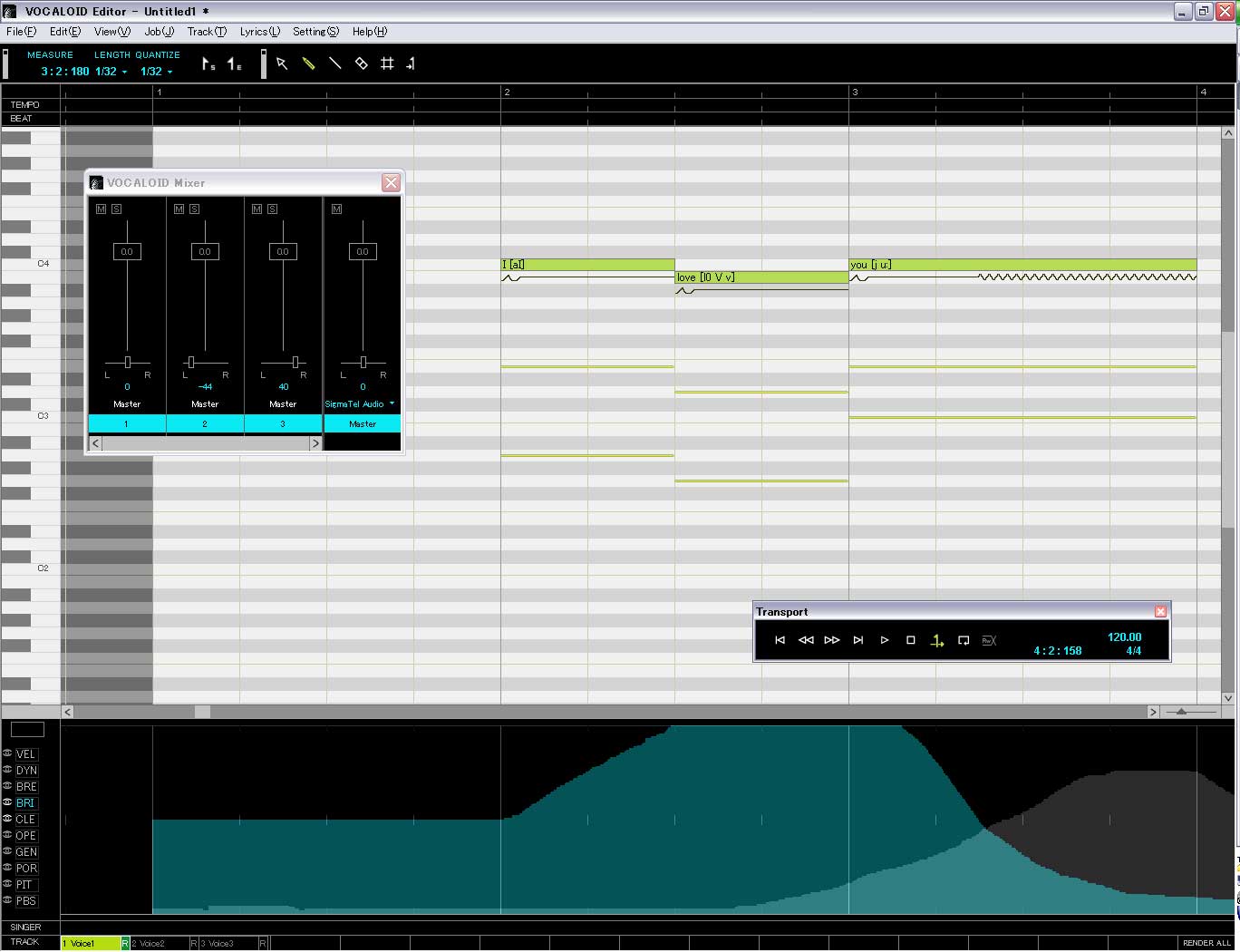 This product is not currently Mac compatible!