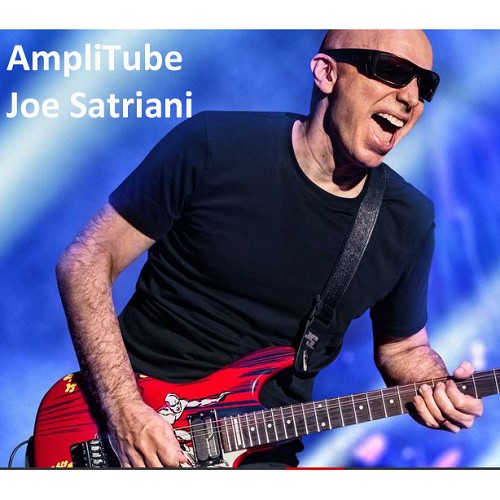 Available in a convenient desktop app and plug-in for your DAW, AmpliTube Joe Satriani replicates 3 amps, 3 cabinets, and 5 stompbox effects, all carefully modeled and loaded with presets, all under the supervision of the man himself. Whether you’re looking for his most iconic sounds or for inspiration on your own musical journey, AmpliTube Joe Satriani gives you unstoppable momentum.

For over 30 years, the soaring melodies, amazing soundscapes and soulful technique created by Joe Satriani have inspired countless musicians and pushed the limits of rock guitar. From his very first solo EP to his work with supergroup Chickenfoot, Joe somehow keeps one foot in the blues and one in the stars.

IK worked meticulously with Joe to capture his go-to gear and favorite settings to get the secrets behind some of his most iconic sounds.

From Joe’s signature Marshall® amp to his personal stompboxes, this collection includes iconic gear from the ‘70s, 80’s, ‘90s and beyond. Hear what a dream studio rig can do when in the hands of a master.

For the AmpliTube Joe Satriani, we used our latest Dynamic Interaction Modeling™ to deliver the highest level of ultra-realistic sound when modeling Joe’s gear. The product of 20 years’ experience modeling analog gear, DIM™ models the behavior of EVERY component in the circuit all the way down to its smallest nuance and character. IK models have set the industry standard evidenced by our co-branding recognition from the most influential partners in the industry such as Fender®, Ampeg®, Orange®, Soldano® and many more.

Applied to Joe Satriani’s rig, the result is the same sound and feel you’d get from the real gear as he used in the recording studio and live in concert.