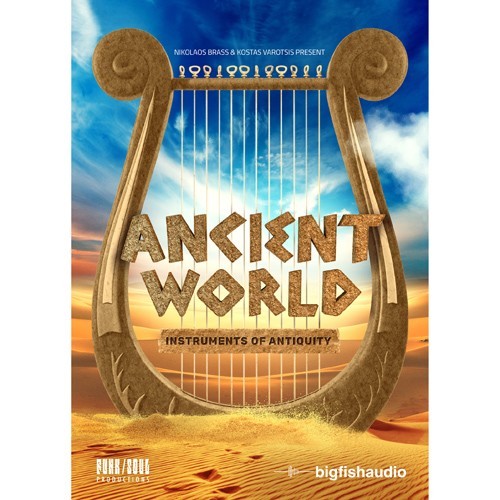 (1)
€ 199,-
$ 199.95
hear
see
Update Required To play the media you will need to either update your browser to a recent version or update your Flash plugin.
Related products
Ratings
Requirements

An exciting journey to the origins of music

Big Fish Audio and Funk/Soul Productions are proud to bring you Ancient World: Instruments of Antiquity. Ancient World is an exciting journey to the origins of musical sound. All of the most important instruments of antiquity have been extensively sampled for the first time ever.

Master Luthier, Nikolaos Brass’ collection of ancient Greek instruments forms the basis of Ancient World. Brass dedicated his life to the research and re-creation of ancient musical instruments, using the same methods and materials which were used in ages past. Some of the instruments, such as the Syntonon and Copperphone, are extremely rare with only two or three existing worldwide! The multi-sampling of these beautiful instruments presents a rich array of String, Wind, and Percussion implementations.

All of the performance techniques have been meticulously sampled. For instance, the string instruments have articulations such as plucked, with and without vibrato, harmonics, plectrum, tremolo, arpeggios, glissandos, behind the bridge, slides, and more. In some cases, up to thirty samples per note have been recorded. 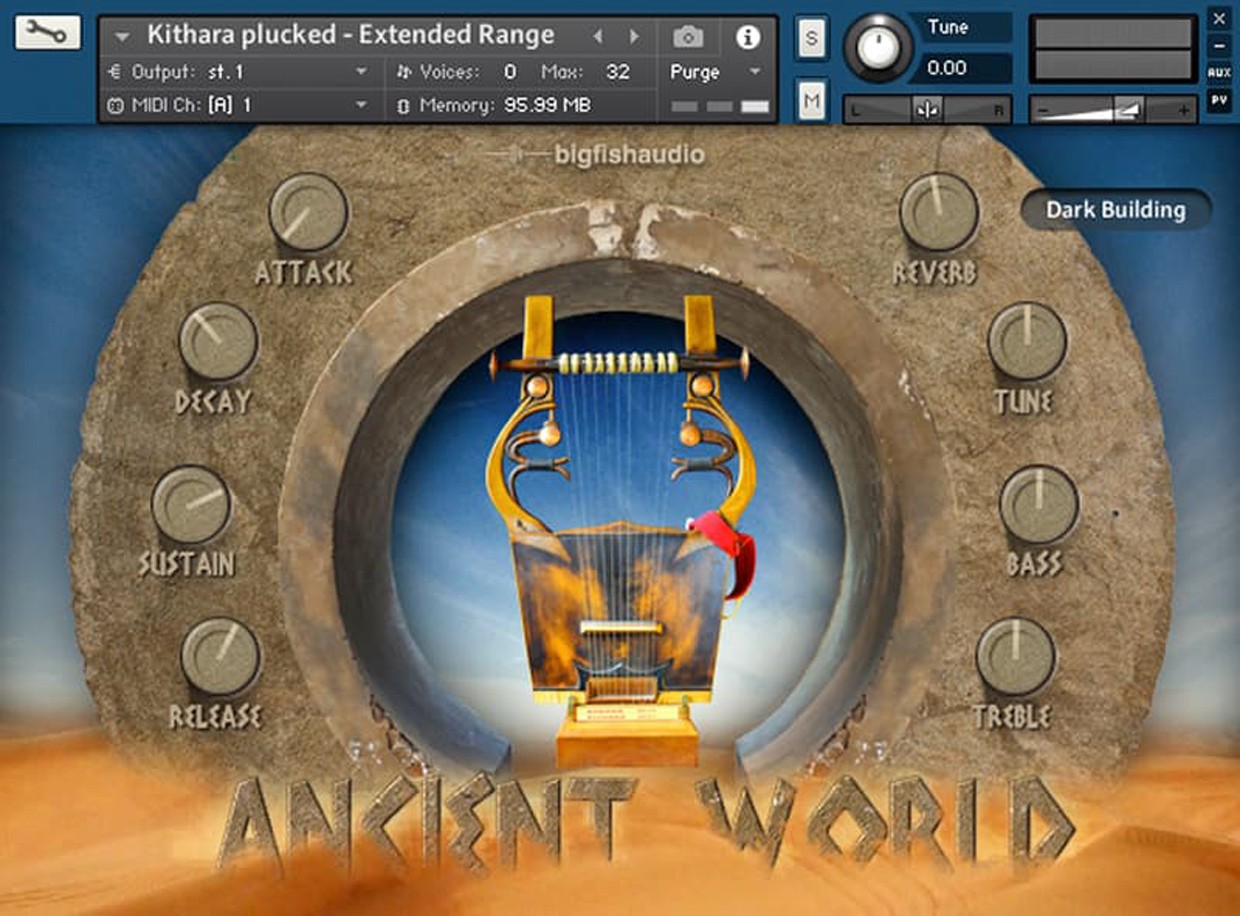 Ancient World includes eleven string instruments, eight wind instruments, and thirteen percussion instruments. Additionally, almost every instrument comes with a set of inspiring looped performances. In order to expand the geographical and historical boundaries, many rare instruments from Medieval times, the Mediterranean basin, as well as the Middle-East have been added.

Ancient World is an indispensable tool for composers who are active in film, TV and video games.

Ancient World has been designed for seamless integration with the Komplete Kontrol and Maschine, offering you a unique hands-on experience. Easily manipulate the interface using the controls of all NKS compatible hardware.