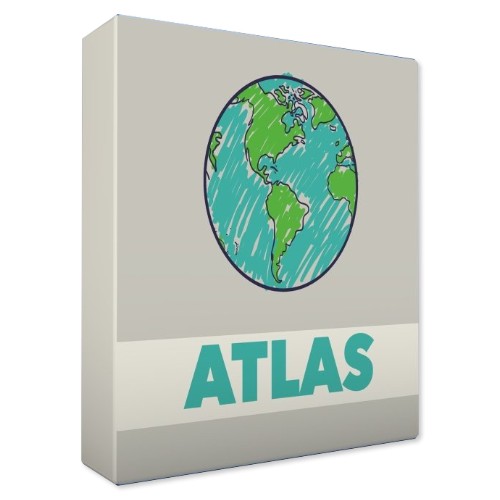 Instruments from all over the World

What if you had an Atlas and be able to select sounds and instruments from the map, combine and play them? Over many years of recordings and design, this dream is finally coming true. 22 totally different music cultures from 6 continents is available to your workflow with updated Atlas 2.

This library has solo instruments, patterns and build up kits from 22 different music cultures including Africa to Andalous, Balkans to India, Middle East to Jakarta , Japan to South America and more. This massive 2000 sample collection comes with an engine where you can select and combine instruments and patterns from different regions to play.

Atlas was co-produced with Anello Capuano, his recordings as well as unique style of melting these cultures helped to create this collection. As you will realise, stems are created for each region with addition of one or two instruments from other regions to enrich the options. 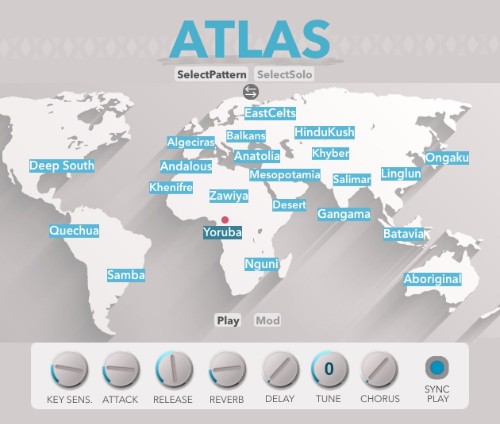 Sync Play - Think of SyncPlay mode as a background sync’er while you are playing patterns. What happens when you normally play a sample in Kontakt? It starts the corresponding sample at sample start and plays as long as you hold the key.  Now, in SyncPlay mode, when you play a sample and if there’s another sample already playing, the new sample will start playing at a synced position allowing you to compose while playing and add detailed gestures from patterns.