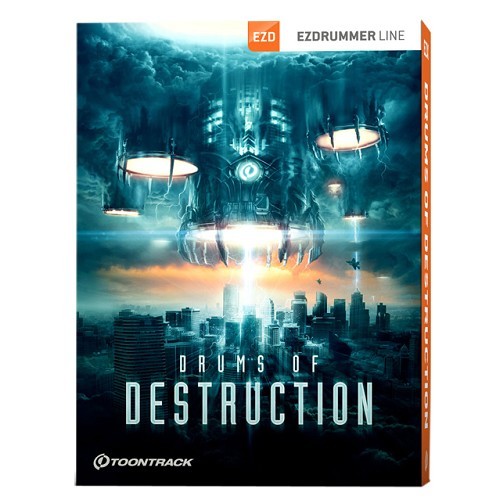 Lamb of God duo Josh Wilbur and Chris Adler deliver a battery of drums, designed for complete and utter destruction.

The Drums of Destruction EZX was produced by Grammy Award-winning engineer Josh Wilbur together with Lamb of God drummer Chris Adler. Individually, they have been forerunners with several groundbreaking works in their respective fields for close to two decades and together, widely acclaimed for having shaped the sound that’s made Lamb of God a mainstay force on the modern metal scene.

The Drums of Destruction EZX comes with two full kits, one of which is Chris’ personal Mapex set while the other is a Pearl Reference kit that was handpicked by Josh and used on several of his productions. In addition, it includes five snares, one extra kick as well as Chris’ trademark abundance of cymbals. It was recorded through an SSL4064G+, various chains of analogue outboard and captured with carefully selected microphones at Josh’s studio of choice, Hybrid Studios in Orange Country, CA. With its perfectly treated one-thousand-square-foot live room, it has proved time and time again in countless sessions to be an ideal location for ambient but still tight and defined drums that have a transparent character.

Combined, the Drums of Destruction EZX gives you Chris with his forceful, driving and unique style of drumming paired with Josh’s cutting edge but still organic-sounding production style. Add to that a broad collection of custom presets, both those engineered by Josh himself, resembling a selection of highlights from his catalogue, as well as those engineered from the ground up without any reference.

No matter how crushing your guitars or bass may be, a strong foundation of drums is a key factor in any metal mix. These are drums designed to destroy. Prepare for havoc and utter destruction. You have been warned. 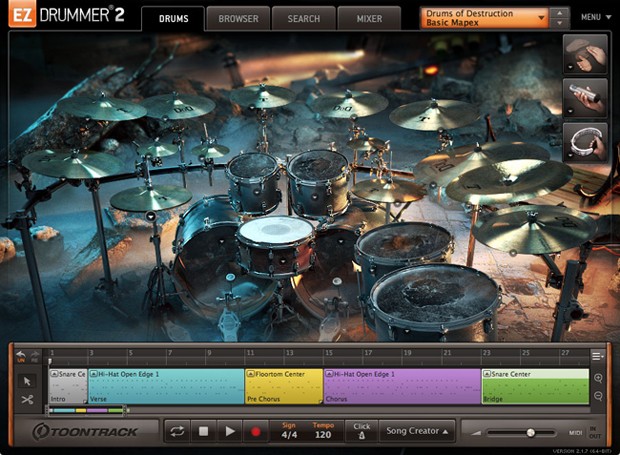 Hybrid Studios in Orange County, CA, is a marvel of modern studio craftsmanship. In addition to boasting a nine-hundred-square-foot control room stocked with the royalty of consoles, the SSL4064G+, a to-die-for collection of outboard gear and microphones it also houses a perfectly treated one-thousand-square-foot live room, ideal for capturing drums.
“Hybrid is a great place to make a sample library. The room is designed and tuned to be perfectly neutral. It really showcases exactly what the drums are giving you. Each cymbal becomes perfectly clear and not lost in a wash. That’s always important to me when tracking drums.” commented producer Josh Wilbur on why Hybrid was his number one studio pick for this project.

Josh breaks down his microphone positioning and signal chain philosophy!

The cymbal microphones are positioned more as spots rather than overheads. It gives more control over each individual crash and splash. The only compression was on the kicks and snares. The toms and overheads he never compresses going in.