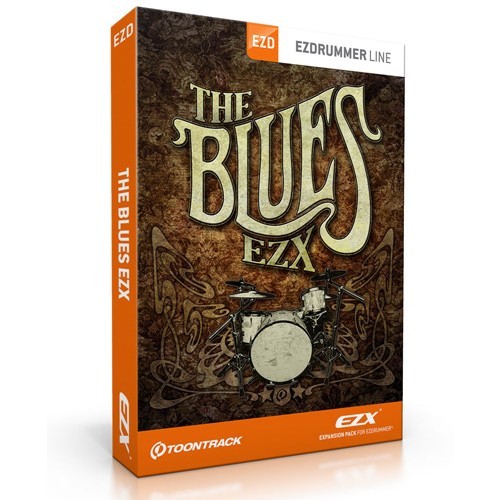 The Blues EZX comes with two complete kits; a 1970s Gretsch and a calfskinned Swedish Levin set from the 1940s.

On top of that, it features contemporary Paiste and Sabian crashes, vintage Zildjan A and K series cymbals as well as extras such as a suitcase and a set of calfskinned tambourines. All instruments were handpicked and in many cases road-worn by the sampling drummer himself, a blues musician with more than half a decade worth of experience behind the kit playing the blues. It was recorded in an empty Swedish theater and later mixed in a high-end studio through vintage and modern outboard gear. The end result is a cross-pollination between new and old; warm and characteristic sounds that cover the whole range, from old school to modern, from dry to ambient. This is the sound of then, now and time to come.