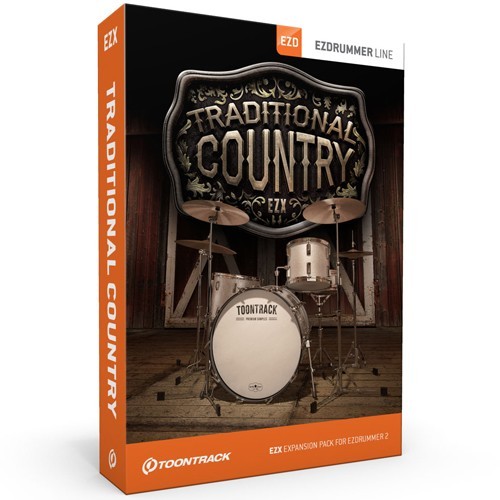 (1)
€ 69,-
$ 79.00
hear
see
Update Required To play the media you will need to either update your browser to a recent version or update your Flash plugin.
Related products
Ratings
Requirements

The Traditional Country EZX comes with a stellar collection of drums recorded at the Quonset Hut Studio, the first-ever recording studio on the now world-famous Music Row in Nashville, TN. The first incarnation was opened to the public in 1955 before it was ultimately sold to Columbia and operated under the name of Columbia Studio B until it closed in 1982. Today, it serves as a recording classroom for the Belmont University. However, its legacy lives on vicariously through the iconic music of pioneering artists such as Brenda Lee, Patsy Cline and Johnny Cash, all of whom cut timeless songs at “The Hut”. 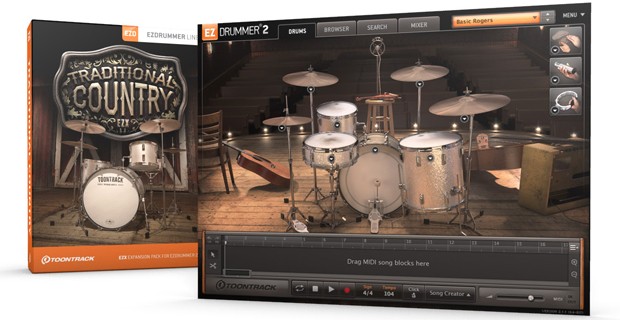 With the guidance of original players, staff, drawings and notes from the era, producer Glenn Rosenstein and master engineer Jeff Balding were able to accurately replicate the sound of an authentic 1950s session. The drums include two late ‘50s and early ‘60s sets by Rogers and Ludwig as well as a truly unique Apollo MIJ kit, all captured with period-correct gear and saturated by the inimitable magic of the studio that played one of the most influential roles in shaping the Nashville country music sound.

With the Traditional Country EZX, you walk in the footsteps of those that blazed trails for what country music is today. Those who helped weave the cultural fabric of Nashville and made Music Row the undisputed creative hub for songwriters, artists and the country music industry as a whole.