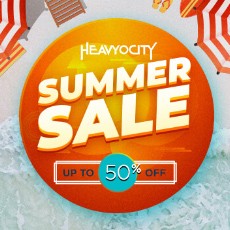 Heavyocity Summer Sale: Up to 50% Off all Heavyocity Libraries until July 14th! 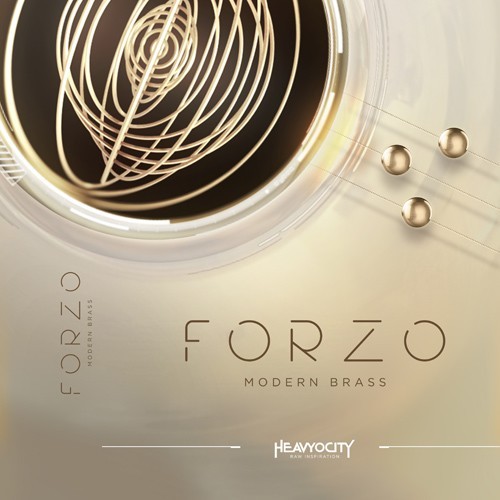 From John Williams to Hans Zimmer, orchestral brass has been a source of force and power in the modern era of film scoring. Heavyocity's FORZO: Modern Brass was made in that image. Recorded at the legendary Skywalker Sound, FORZO is the product of Heavyocity's world-class sound design team joining forces with award-winning composer, Jason Graves, and A-list Hollywood Film Score Engineer Satoshi Mark Noguchi. This dream team entered the hallowed halls of Skywalker with one goal in mind: create a new benchmark for orchestral brass. 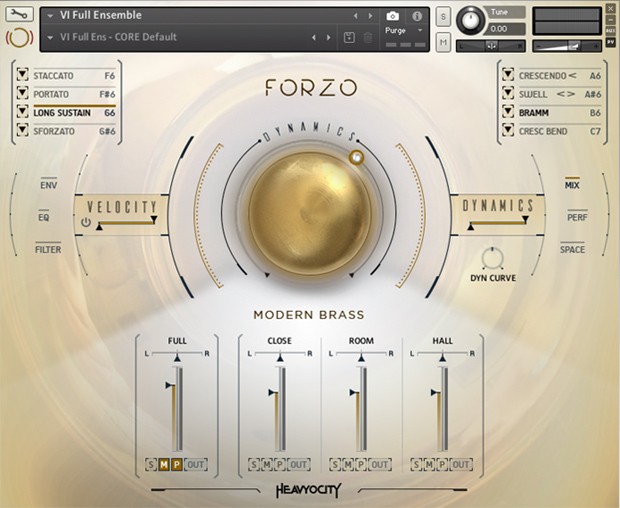 Amassing an epic ensemble of world-class brass players was the first step in bringing this monster to life; FORZO's 12 horns, four trumpets, eight trombones (tenor, bass, & contra bass), and two tubas deliver 25 GB of sheer brass power straight into the hands of the cinematic composer. Creative articulations like cluster bends and random flutters flex these sections’ muscles in a way that is totally unique. And when you want to truly harness this explosive brass VI, FORZO's Full Ensemble NKI puts the entire 26-piece brass orchestra (playing at the same time, in the same room) at your fingertips. You've heard brass, but not like this. FORZO: Modern Brass is truly beyond ordinary.

While the organic brass performances in FORZO are best-in-class, the 300+ presets in the instrument wouldn’t be complete without a diverse collection of Hybrid Cinematic content and tempo-synced Loops. Heavyocity has once again taken a collection of meticulously-recorded samples and created something totally new: the hybrid side of FORZO cuts a new path for the modern composer, as creative processing and expert sound design walk the fine line between organic and electronic.

A library of over 400 tempo-synced loops infuses a layer of instant inspiration into the workflow of any composer on a deadline (and really isn’t that all of us?). Combined with the engine’s superior sound-shaping capabilities, featuring intuitive macro and automation controls, and FORZO provides the composer with a gamut of orchestral brass possibility.

As a “powered-by-Kontakt” instrument, FORZO offers all playback and sound-shaping functionality through the full version of Kontakt or the free Kontakt 5 Player.